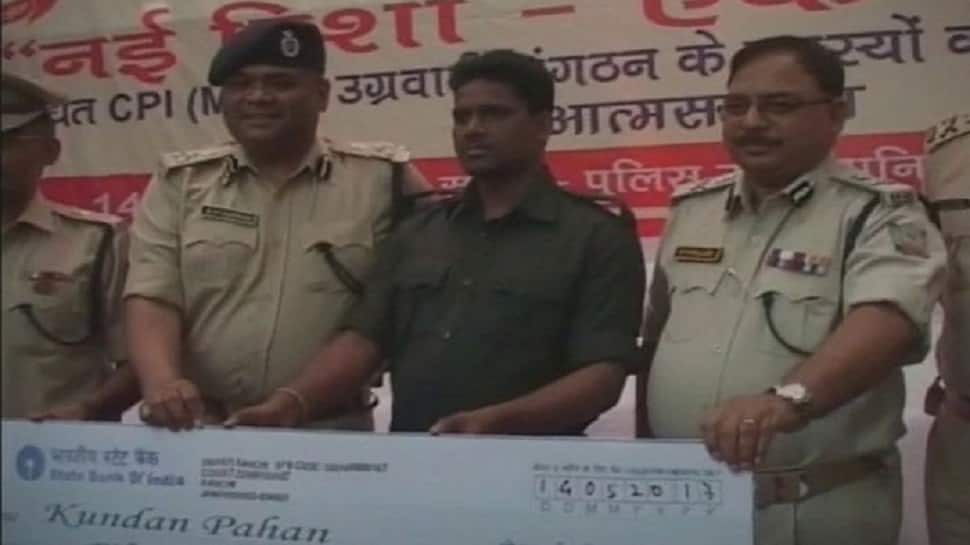 Monday is the last day of filing nomination papers for the 20 assembly seats where polling will take place on December 7.

Pahan filed his nomination from the Tamar assembly seat as an independent candidate. He was brought from the Hazaribagh open jail under tight security cover.

Jharkhand Mukti Morcha`s (JMM) sitting legislator Vikas Munda has also filed his nomination papers from Tamar. He is the son of former Minister Ramesh Singh Munda who was allegedly killed by Kundan Pahan in 2008.

Kundan is facing 128 criminal cases, including for the killing of Ramesh Singh Munda and looting Rs 5 crore cash from an ICICI Bank cash van in 2008.

AJSU President Mahto is in the limelight for not toeing the line of the ruling BJP and deciding to contest the assembly polls on his own.

Mahto filed his nomination papers from the Silli constituency which he had lost in the 2014 assembly poll.

The assembly elections will be held between November 30 and December 20 and counting will take place on December 23.