According to Election Commission, the counting for Jharkhand Assembly election will begin at 8 AM and will take place at all the 24 district headquarters. 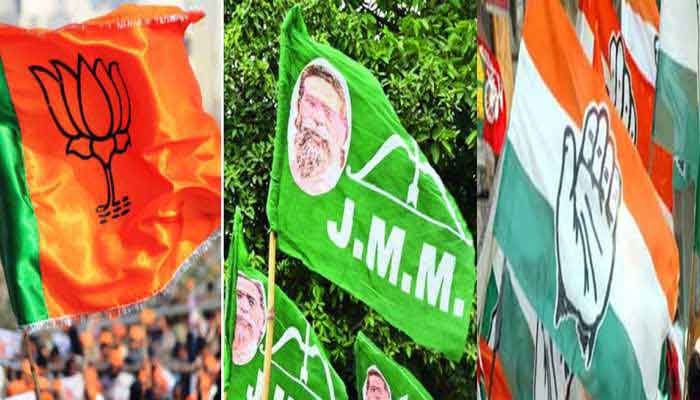 The counting of votes for 81 Assembly seats started at 8 AM on Monday (December 23). The polling in Jharkhand was held in five phases from November 30 to December 20. According to exit polls, the Congress-Jharkhand Mukti Morcha (JMM)-Rashtriya Janata Dal (RJD), which has contested the election with JMM leader Hemant Soren as its CM face, would emerge as the single largest coalition.

According to Election Commission, the counting is scheduled to take place at all the 24 district headquarters and all preparations have been made to conduct the counting in a free and fair manner.

Though the exit polls have predicted a comfortable win for JMM-Congress-RJD alliance, the ruling BJP is confident of rretaining the goverment. "We will cross the majority mark. Wait till counting. People has reposed faith in five years governance" BJP General Secretary Deepak Prakash told IANS.

Incumbent Chief Minister Raghubar Das is in the fray from Jamshedpur East seat against his ex-cabinet colleague Saryu Rai, who decided to contest the election as an independent after being denied the ticket by the BJP. Congress spokesperson Gourav Vallabh is also contesting from this seat. On the other hand, former CM and JMM leader Hemant Soren contested the poll from two seats - Dumka and Barhet. In Dumka, Soren is facing a tough fight from Women and Child Development Minister Louis Marandi. AJSU President Sudesh Mahto, who failed to win the 2014 Assembly poll, is in the fray from Silli seat. Another former CM and JVM-P chief Babulal Marandi is fighting from Dhanwar Assembly seat.