The counting for 81 seats in Jharkhand Assembly will take place at all the 24 district headquarters and elaborate arrangements have been made by the Election Commission for counting at all the districts headquarters. 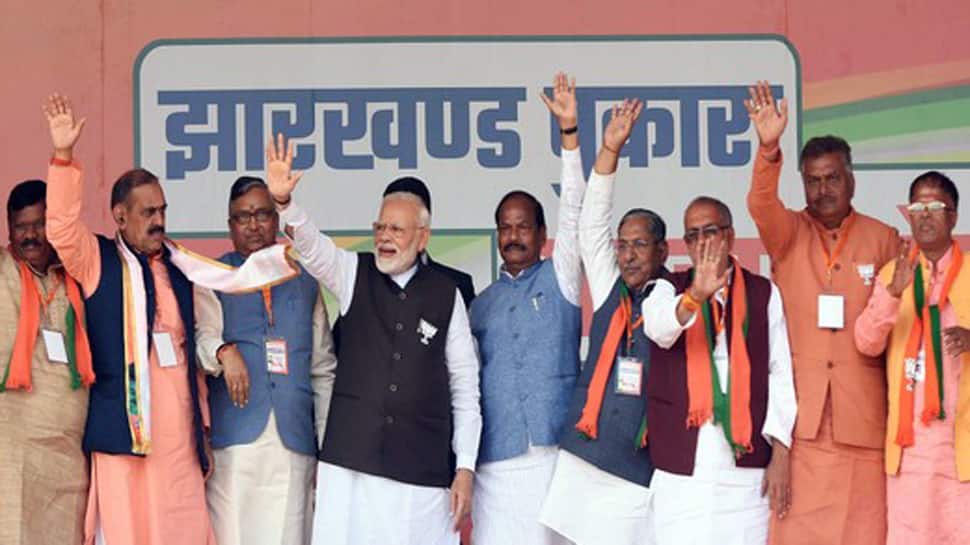 The counting of votes for 81 Assembly seats is scheduled to take place on Monday (December 23). The polling in Jharkhand was held in five phases from November 30 to December 20 and the counting will vegin at 8 AM.

All exit polls have predicted that the Congress-Jharkhand Mukti Morcha (JMM)-Rashtriya Janata Dal (RJD) is expected to emerge as the single largest coalition and the alliance may topple the ruling BJP to come to power in the state.

The counting will take place at all the 24 district headquarters and elaborate arrangements have been made by the Election Commission for counting at all the districts headquarters.
Though the JMM-Congress-RJD alliance has been predicted to win the election, the incumbent BJP is confident of reclaiming the power. "We will cross the majority mark. Wait till counting. People has reposed faith in five years governance" BJP General Secretary Deepak Prakash told IANS.

In 2014, the BJP and AJSU had contested the election as allies but Sudesh Mahto-led AJSU decided to jump into the Jharkhand battleground alone, without his old ally. Mahto lost the Ranchi Lok Sabha elections in 2014 after he was trounced in a bypoll in 2018 by a JMM greenhorn from Silli. In the backdrop of these political developments, Babulal Marandi-led JVM acquires a distinct position.

The Election Commission has developed an integrated counting application for displaying the results of the Jharkhand assembly election 2019. The results will be displayed on its website: http://results.eci.gov.in and Voter Helpline (Android & iOS) Mobile App. According to the poll panel, its website will start displaying the results of the Jharkhand Legislative Assembly with effect from 8 AM onwards on December 23, 2019.