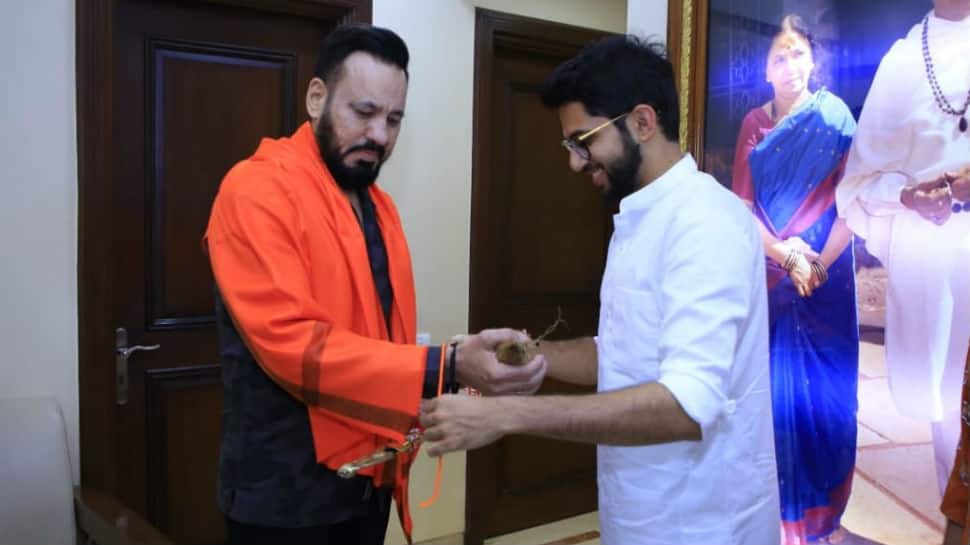 The formal announcement was made by Shiv Sena on Twitter. Shera, whose real name is Gurmeet Singh, was welcomed to the Shiv Sena by the party chief Uddhav Thackeray and Yuva Sena president Aditya Thackeray at their residence Matoshree in Mumbai.

Shera has been associated with Salman for several years now. He is one of his most-trusted aides, spotted often with the superstar at events, parties, family gatherings and shoots.

Shiv Sena is contesting the election in Maharashtra in alliance with the ruling Bharatiya Janata Party (BJP).

Aditya, the elder son of Uddhav, has been fielded from the Worli Assembly constituency in Mumbai. Aditya is the first member of the Thackeray family ever to contest an election.

Ever since Bal Thackeray founded Shiv Sena in 1966, no member of the family has contested any election or held any constitutional post.

Voting for the 288-member Assembly will be held on 21 October in a single-phase voting. The counting of votes will take place on October 24.