Will the people of Maharashtra and Haryana choose BJP Fadnavis and Khattar as their respective CM's or elect new governments or will the Congress and its allies come to power? Zee News Maha Exit Poll will give us an indication. 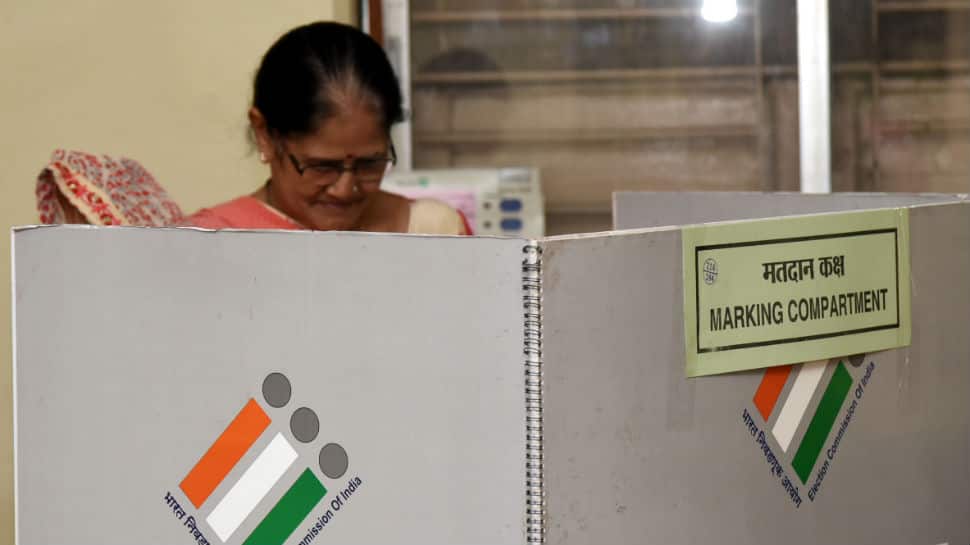 New Delhi: Voting is underway in Maharashtra and Haryana on Monday (October 21) to elect new governments for their respective states. Tight security arrangements have been made by the Election Commission (EC) to conduct free and fair polling.

The Bharatiya Janata Party (BJP) is in power in both Maharashtra and Haryana and their respective chief ministers - Devendra Fadnavis and Manohar Lal Khattar - are seeking for second consecutive terms. There are 288 seats in Maharashtra and 90 in Haryana.

Voters can exercise their franchise till 6 pm. The counting of votes is scheduled to take place on October 24, three days before Diwali. However, the exit polls, to be held on Monday evening after voting ends, will give a fair idea of the results.

Will the people of Maharashtra and Haryana choose BJP Fadnavis and Khattar as their respective CM's or elect new governments or will the Congress and its allies come to power? Zee News Maha Exit Poll will give us an indication.

It is to be noted that Zee News has not done any exit poll of its own but we will provide the results of exit polls conducted by other channels.

In the 2014 Assembly election in Maharashtra, the BJP had won 122 seats and its ally Shiv Sena registered victory on 63 seats. The Congress won 42 seats, the Nationalist Congress Party (NCP) 41 seats while others managed 20.

BJP and Shiv Sena have partnered again in the 2019 election while the Congress is in alliance with NCP.

Maharashtra has 8.94 crore voters. Out of which, more than 4.5 crores are men and around 4 crores are women.

The Nanded South seat in Marathwada region has the most number of candidates (38) in the fray.

Meanwhile, in Haryana, there are 1.82 crore registered voters. As many 1,169 candidates including 104 women are in the fray.

The Manohar Lal Khattar government had won 47 out of a total of 90 seats in the 2014 Assembly election while the Congress was restricted to just 15 seats. Two seats went to the Haryana Janhit Congress (HJC) and one each to the Shiromani Akali Dal (SAD) and the Bahujan Samaj Party (BSP). Five Independents were also elected.

Apart from the BJP, the Congress, Indian National Lok Dal (INLD), Shiromani Akali Dal (SAD) and the Bahujan Samaj Party (BSP) are fighting it out for 90-member state Assembly.