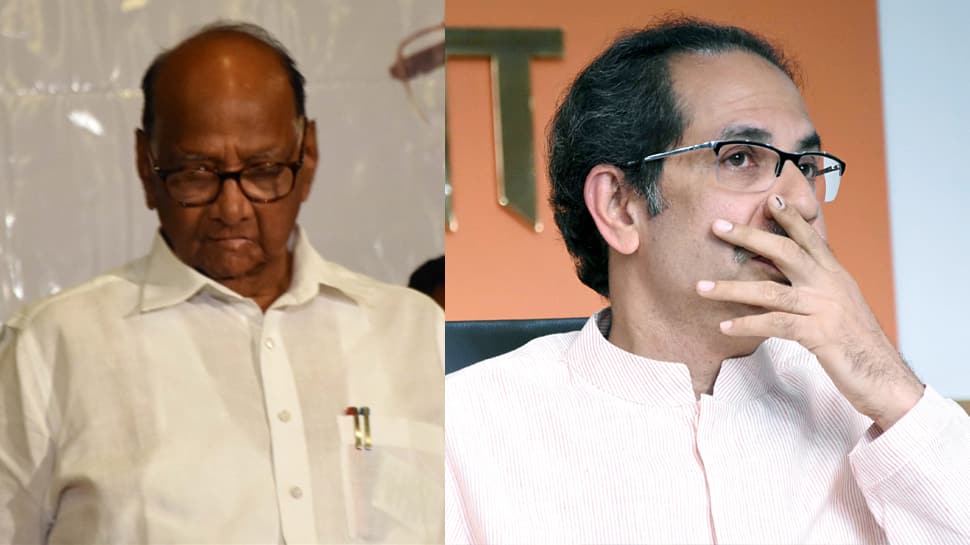 Senior leaders of the Nationalist Congress Party (NCP) and Congress will meet on Tuesday to decide on the prospects of forming a government in Maharashtra along with the Shiv Sena, even as the political stalemate continues in the state.

Maharashtra Governor Bhagat Singh Koshyari on Monday asked the NCP to form a government in the state after Shiv Sena failed to get the unconditional support of the Congress-NCP combine. The Shiv Sena, which is keen to have its chief minister in the state, did not get additional time from Governor to submit letters of support from the NCP and the Congress.

NCP's Ajit Pawar addressed a press conference late Monday evening to inform that his party has been invited to meet the Governor. He along with Chhagan Bhujbal and other NCP leaders met Koshyari at Raj Bhavan in Mumbai.

NCP's state chief Jayant Patil later said, "We were invited as the third-largest party and we will hold talks with our alliance partner about it. The party has informed the governor that we will have to talk to Congress and then we will get back to him, he said, adding that the governor has given the time till 8:30 PM tomorrow i.e, Tuesday (November 12)." He also added, "We are always with the view of seating in opposition, we will talk to Congress and then will decide further course of action".

So, after the single largest party Bharatiya Janata Party (105 MLAs) and Shiv Sena (second with 56), it is the turn of the third-largest outfit in the 288-member Maharashtra Assembly to try and cobble up the numbers to reach the majority mark of 145.

Both the NCP and the Congress held meetings in the morning over the developments as the Shiv Sena expressed its desire to form a non-BJP government. The NCP made it clear that it will not make a decision without its ally Congress spelling out its stance. The NCP has 54 MLAs in the assembly while the Congress has 44.

On the other hand, the Congress Working Committee discussed the developments in Maharashtra and decided to have a meeting with its leaders from Maharashtra before taking a decision. However, at the end of deliberations, the party issued a statement which talked of further consultations with the NCP and made no mention of the Shiv Sena.

BJP has cleared that it would not be forming government in Maharashtra owing to its relations with its ally Shiv Sena that turned bitter after Assembly polls. Shiv Sena has asked for the chief ministerial post. The NDA alliance `Mayayuti` had received an absolute majority in Maharashtra after the BJP won 105 and Shiv Sena bagged 56 seats in the 288-member Maharashtra Assembly.

Maharashtra is witnessing a prolonged political drama and there is no government in sight even 19 days after the assembly election results.