The list also includes the name of current Jharkhand Chief Minister Raghubar Das and Uttar Pradesh CM Yogi Adityanath who are likely to address several rallies in the state. 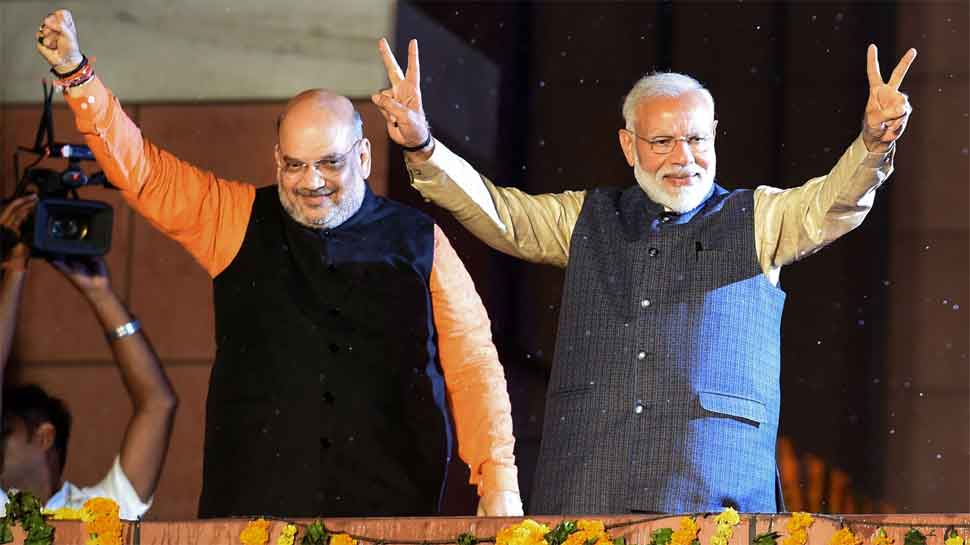 New Delhi: Bharatiya Janata Party (BJP) on Saturday issued a list 40-star campaigners who will be campaigning for the party before the upcoming Jharkhand assembly election.

The top brass of the party like Prime Minister Narendra Modi, party chief Amit Shah and BJP's working president JP Nadda are the top campaigners included in the list.

The list also includes the name of current Jharkhand Chief Minister Raghubar Das and Uttar Pradesh CM Yogi Adityanath who are likely to address several rallies in the state.

Actor-turned-politician Sunny Deol is also included in the list of star campaigners.

Earlier on Saturday (November 16), BJP  party sources also informed that PM Narendra Modi is likely to address five to six rallies in Jharkhand and Amit Shah will be addressing at least ten rallies in the state.

The assembly election in Jharkhand is to be held in five phases which begins from November 30. Jharkhand will vote on 81 assembly seats and the results will be announced on December 23.