"It's been 15 days and I see no party in condition to form a government," Bhagat Singh Koshyari said in his report to President Ram Nath Kovind. He further said that he "made all efforts to make a government but as per the current situation, a stable government is not possible." 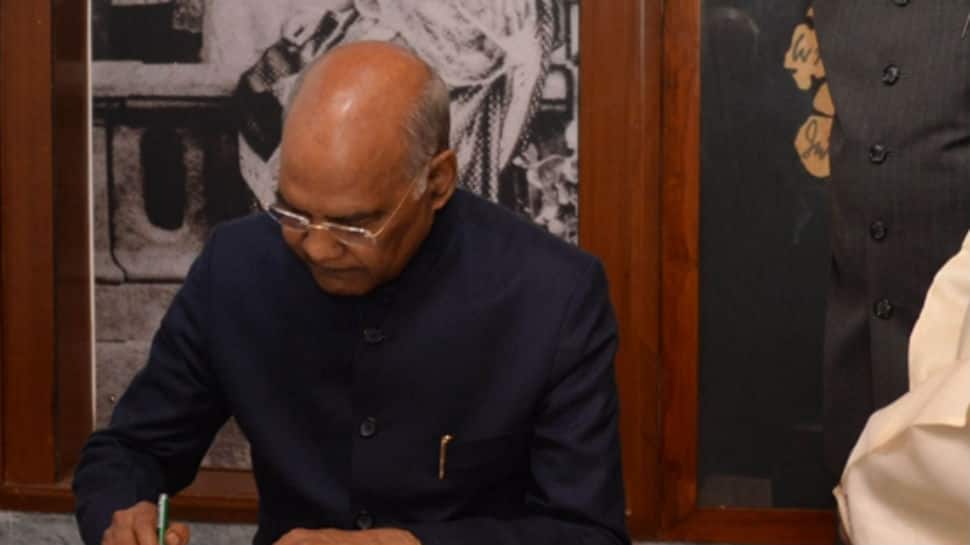 New Delhi: Maharashtra on Tuesday came under President's Rule after President Ram Nath Kovind approved Governor Bhagat Singh Koshyari's report recommending it. Earlier in the day, Governor Koshyari had sent a report to President Kovind stating that none of the four major parties - Bharatiya Janata Party (BJP), Shiv Sena and Nationalist Congress Party (NCP) - could stake claim to form a government in the state and thus, President's Rule should be imposed in Maharashtra.

"It's been 15 days and I see no party in condition to form a government," the Governor said in his report to the President.

He further said that he "made all efforts to make a government but as per the current situation, a stable government is not possible."

The Maharashtra Assembly remains suspended now. The President's Rule has been implemented for six months but can be withdrawn anytime before it.

Earlier on Tuesday, the Union Cabinet too had recommended President's Rule in Maharashtra amid the political uncertainty in the state.

After the Governor's recommendation, the Ministry of Home Affairs (MHA) sent the file pertaining to the imposition to President Kovinds's office for signing.

Over the weekend, the Governor had invited BJP, the single-largest party in the state, to form government in Maharashtra. However, the party rejected the proposal stating it doesn't want to form a minority government.

Later, Shiv Sena was invited by the Governor to form a government and was asked to reply within 24 hours. On Monday, when Governor Koshyari met a delegation of Shiv Sena, the party expressed its willingness to form a government but requested for a three-day extension for submitting requisite letters of support from Congress and the NCP. However, the request was declined by the Governor.

The Governor then asked the NCP to express to form a government in the state and gave it time till Tuesday 8:30 pm for the same. But it was highly unlikely that NCP would have been able to get its ally Congress on its side as leaders of the two parties have been involved in a war of words.

Meanwhile, in another development on Tuesday, the Shiv Sena approached the Supreme Court seeking urgent hearing against Governor Koshyari on his refusal to extend the deadline given to the party to prove its ability to form government in the state.

The results to the 288-member Maharashtra Assembly was declared on October 24, 2019, and since then, the major four parties - BJP, Shiv Sena, Congress and NCP - have been involved in a slugfest over government formation.

The NDA alliance received a majority in Maharashtra after the BJP won 105 and Shiv Sena bagged 56 seats out of 124 seats they had contested. The NCP has 54 MLAs while its alliance partner Congress has 44.