Security beefed up as Maharashtra, Haryana go to polls on Monday

Security has been beefed up in Maharashtra and Haryana ahead of assembly elections in the states, which are scheduled for Monday, October 21. 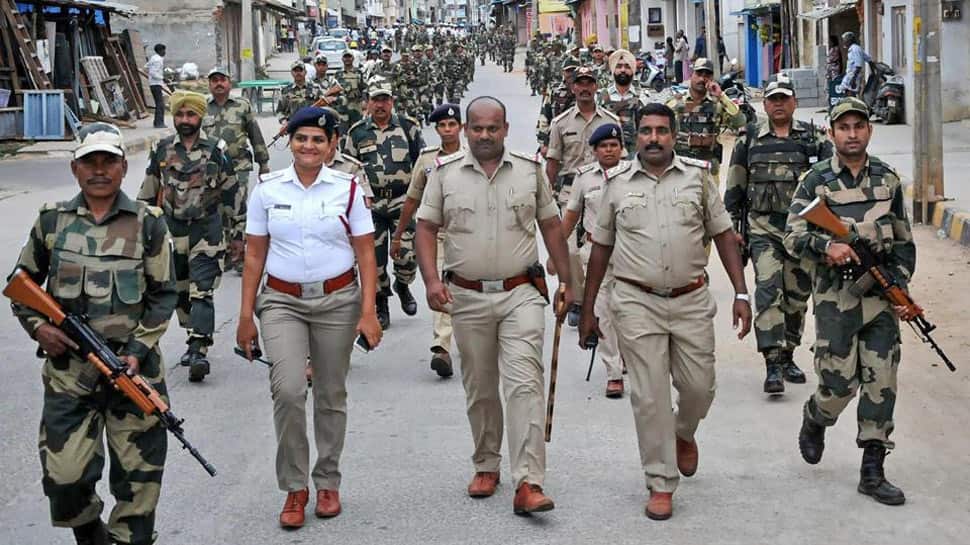 NEW DELHI: Security has been beefed up in Maharashtra and Haryana ahead of assembly elections in the states, which are scheduled for Monday, October 21.

A total number of 3,237 candidates are contesting the Maharashtra elections this year on 288 constituencies (seats). Maharashtra has 8.9 crore eligible voters. Of these, 4.6 crore are men and 4.2 crore are women voters and 2,634 are voters from the third gender. Security will be deployed in all 9894 polling stations set up to hold voting in a single-phase. Over 6.5 lakh officials have been put on election duty across the constituencies in Maharashtra.

As many as 2,778 polling booths in remote areas of Maharashtra have been declared sensitive for various reasons. The police will also deploy drones for surveillance of the voting process. The election process officially begins at 7 am on Monday, and polling concludes at 5 pm the same day.

In 2014 Maharashtra state assembly election, the BJP got 122 seats and its ally Shiv Sena got 63 seats. The Congress won 42 seats and its coalition partner NCP got 41.

In Haryana, voting will take place from 7 am to 5 pm on Monday in a single phase. To ensure law and order situation during voting, around 130 companies of the Central Armed Police Force (CAPF) have been deployed for special security arrangements.

Additionally, as many as 26,896 personnel of the state police, over 22,806 HomeGuards, around 7,936 special police officers (SPOs) and 6,001 police technicians have been deployed in election duty to ensure strict checking and security of the election process.

The police will also keep a close watch on any suspicious activity that might unfold and ensure that there is no usage of illegal items. Around 21 senior police officers will also patrol the polling stations to keep an eye on an unforeseeable situation.

A total number of 1,169 candidates are contesting the Haryana elections this year on 90 constituencies (seats). Haryana has 1.8 crore eligible voters. Of these, 98 lakh are men and 85 lakh are women voters and 252 are voters from the third gender. The main contest will be between the Bharatiya Janata Party (BJP) and main opposition Congress on several seats. However, Dushyant Chautala-led Jannayak Janta Party (JJP), which broke away from the Indian National Lok Dal (INLD), too, has emerged as a key player.

The Haryana and Maharashtra election result will be announced three days later on October 24, Thursday.