Union Home Minister Amit Shah on Friday lambasted the Congress and the Nationalist Congress Party (NCP) for questioning the link between Article 370 and Maharashtra, saying that Sharad Pawar suffering from the cataract of `greed for votes` and he could not see what the people want. 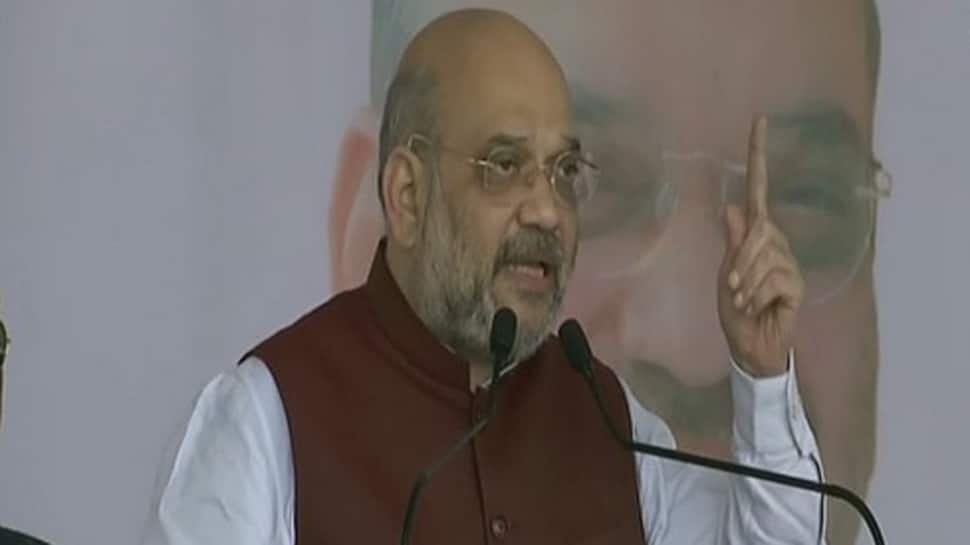 Rajura: Union Home Minister Amit Shah on Friday lambasted the Congress and the Nationalist Congress Party (NCP) for questioning the link between Article 370 and Maharashtra, saying that Sharad Pawar suffering from the cataract of `greed for votes` and he could not see what the people want.

Addressing an election rally here, Shah said, "Maharashtra is the land of Chhatrapati Shivaji, Veer Savarkar, and Bal Gangadhar Tilak. The land where the fight for `Swaraj` began. Now, they were asking about the relationship between Maharashtra and Article 370. Pawar Sahab, you have got the cataract of greed for votes. You cannot see what the people of the state want."

Calling the BJP a party of patriots led by Prime Minister Narendra Modi and Chief Minister Devendra Fadnavis, Shah said there is a group of dynastic parties led by Rahul Gandhi and Sharad Pawar. The BJP president emphasised the struggles of tribal society and said it has played a big role in the independence of the country.

Remembering Birsa Munda, a folk hero who belonged to the Munda tribe, Shah hit out at the Congress and alleged the Adivasi community sacrificed their lives but the Congress "did not respect" them. Shah further wooed voters belonging to the tribal community with the promise that the Modi government will give the `patta` (lease) to tribal brothers soon after the removal of the Model Code of Conduct (MCC) in Maharashtra.Shah claimed that most of the tribal society and OBC community MPs and MLAs are from the BJP.

Talking about the Centre`s open defecation-free (ODF) India programme, he said, "Sharad Pawar laughs and says that Modi ji calls the toilet a development. Pawar Saheb you will realise the importance of toilets when you will get to know the diffidence of mothers and sisters, who defecate in the open."

He claimed, "Pawar will never feel our daughters` pain as he has collected millions and billions of rupees."Maharashtra will go to polls on October 21. The results will be declared on October 24.

Surgical strike, Balakot not mere words, but identity of BJP and its allies: PM Narendra Modi