Devendra Fadnavis was subjected to sloganeering by Shiv Sean supporters when he was leaving Shivaji Park in Mumbai after paying tributes to Bal Thackeray. 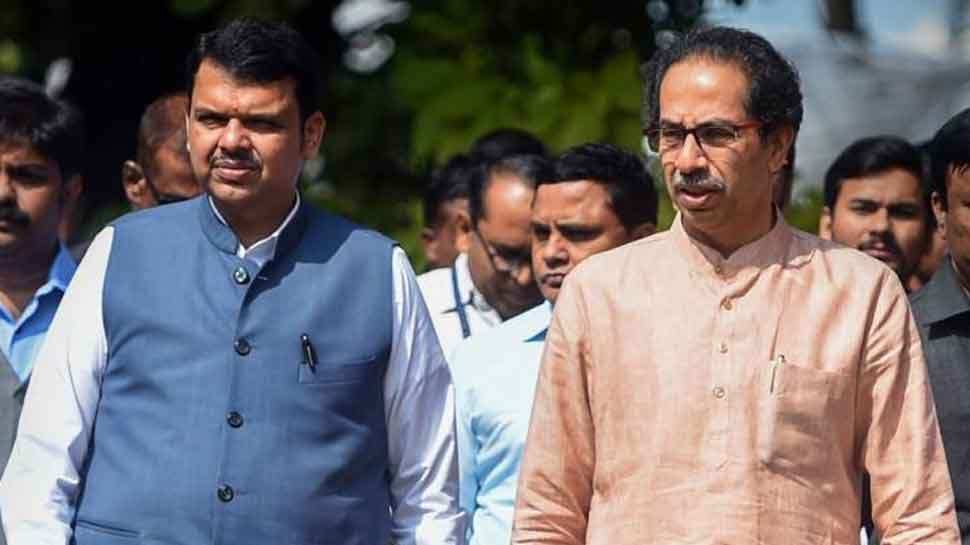 Days after the Shiv Sena snap its ties with the BJP after failing to reach an agreement over the government formation in Maharashtra, the effect of changed equation between the two former allies was witnessed on Sunday at the death anniversary of Shiv Sena founder Bal Thackeray when former Maharashtra chief minister Devendra Fadnavis reached Shivaji Park to pay his tribute to Bal Thackeray.

Fadnavis was subjected to sloganeering by Shiv Sean supporters when he was leaving Shivaji Park in Mumbai after paying tributes to Bal Thackeray. Some Shiv Sena supporters shouted slogans in Marathi — "sarkar kunauchi. shiv sena chi (whose government? Shiv Sena's)".

The Shiv Sena supporters were also heard raising Fadnavis' assembly poll campaign slogan: 'I will be back (as CM)' along with the Sena's traditional 'Chhatrapati Shivaji Maharaj ki jai' war cry.

The former Maharashtra CM arrived to pay his tribute to Bal Thackeray when there were no Shiv Sena leaders, except Uddhav Thackeray's PA Milind Narvekar, at Shivaji Park. Earlier on Sunday, the BJP leader posted a tweet containing a video of some of the speeches delivered by the late Sena patriarch.

It may be recalled that the BJP and Shiv Sena contested the October Assembly polls as allies and they managed to win 161 seats with the BJP winning 105 seats and Sena 56. The two parties, however, failed to form the government after Shiv Sena chief Uddhav Thackeray insisted on the implementation of 50-50 formula under which the post of chief minister was to be shared between the two parties for 2.5 years. The BJP refused to accept Sena's demand forcing the Uddhav Thackeray-led party to snap ties with the BJP and look for the opportunity to form the government with support from Congress and Nationalist Congress Party.