The political journey of Ajit Pawar, who rebelled against NCP chief Sharad Pawar, to join hands with bete noire Fadnavis

Political watchers can never forget the year 1978 when Sharad Pawar had pulled a heist on the late Maharashtra CM Vasantdada Patil, garnering the support of 38 MLAs to topple Patil's coalition government. 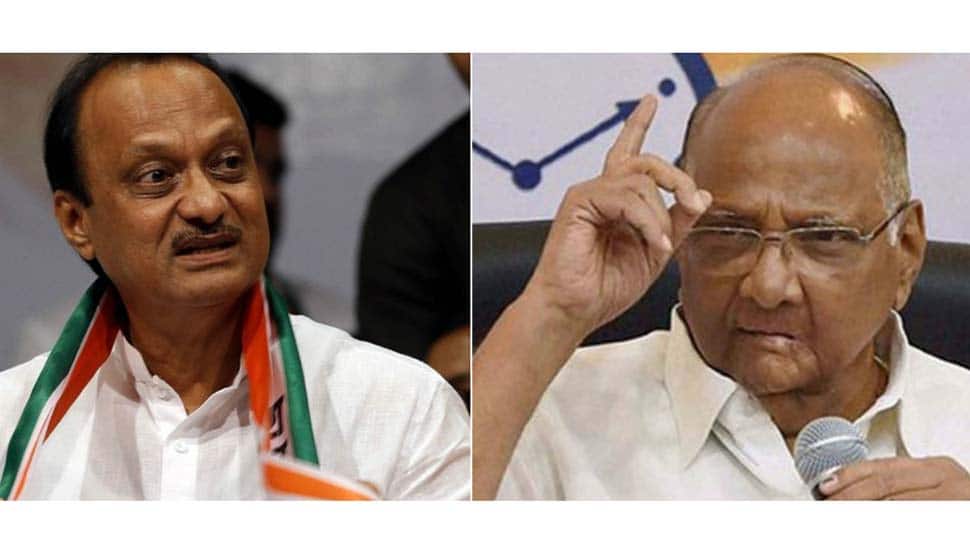 On November 23 (Saturday) morning, the whole country and Maharashtra, in particular, was left stunned after BJP leader Devendra Fadnavis took oath as the Chief Minister of Maharashtra for the second consecutive term with support from an unlikely ally - Ajit Pawar of Nationalist Congress Party (NCP). The unexpected development took place hours after the Shiv Sena, Congress and NCP had announced to form government in Maharashtra with NCP supremo himself announcing that Sena chief Uddhav Thackeray will lead the alliance government.

NCP supremo Sharad Pawar, who is known for his wily political moves, was informed about the sudden twist in the tale by one of his party MLAs. The seasoned politician, however, did not get nervous and reacted swiftly to get in the damage control mode and within hours nearly 50 out of 54 MLAs were sitting in front of him pledging their support for Maratha strongman.

Ajit Pawar's move meant that he has rebelled against his own uncle, the man who has taught him the nuances of cloak and dagger politics. This is the first rebellion in the Pawar clan but it would not be wrong that the Pawar Jr has planned his surprising move following into the footsteps of his charismatic uncle.

Political watchers can never forget the year 1978 when Sharad Pawar had pulled a heist on the late Maharashtra CM Vasantdada Patil, garnering the support of 38 MLAs to topple Patil's coalition government. Pawar, who was just 37 at that time, then cobbled a new coalition comprising the then Janata Party and the Peasants and Workers Party and became the chief minister of Maharashtra. At that time, Pawar Sr was the youngest chief minister of the state. Pawar remained at the helm of state affairs for two years until then Prime Minister Indira Gandhi dismissed his government in 1980.

Ajit started his political career under the tutelage of his uncle in 1982 when he was elected as the director of the Malegaon cooperative sugar mill. Son of Pawar’s second younger brother Anantrao, who used to work with noted filmmaker V Shantaram, Ajit took up the responsibility of taking care of his family after the sudden demise of his father.

Sharad Pawar knew from the beginning that Ajit has the potential to become his go-to man and his unstinted support to Ajit helped him grow as a leader. Ajit political career took a new turn in 1991 when he elected chairman of the Pune district cooperative bank. In the same year, Sharad Pawar asked Ajit to contest the Lok Sabha poll from Baramati as a Congress candidate. Ajit contested and won but he vacated the seat after Pawar Sr was appointed defense minister by then Prime Minister P V Narasimha Rao.

After Sharad Pawar decided to leave Maharashtra he showed faith in Ajit Pawar to nurture the party in Maharashtra and chose him to represent Baramati Assembly constituency. In 1995, Pawar decided to do national politics and this allowed Ajit to grow in stature and build a network for himself. Ajit is known for taking quick decisions and connections with masses and this helped him in increasing the influence of Congress (NCP was launched later) in the rural areas of Pune. Soon words started doing the rounds that Ajit is going to carry the political legacy of 'Saheb' (as Pawar is called by his supporters) forward and will become his political heir.

Maratha strongman Sharad Pawar sprung another surprise in 1999 when he decided to part ways with the Congress over the issue of Sonia Gandhi’s foreign roots and launched his own party Nationalist Congress Party. Ajit Pawar remained loyal to his uncle and decided to ditch Congress by staying with the NCP. He was appointed the minister for water resources in the Vilasrao Deshmukh government and remained the minister till 2010, the longest period by any minister. When Congress leader Prithviraj Chavan became the CM of Congress-NCP alliance government, Ajit was made Deputy CM and given Finance Ministry too.

Political observers claim it was Ajit's long stint at water resources department which made him a controversial figure and this is because this department is known for corruption and malpractices. The Opposition, including the BJP and Shiv Sena, relentlessly attacked Ajit for the incomplete irrigation projects, often claiming that he was involved in corrupt practices.

On April 7, 2013, Ajit sparked a huge row by saying - If there is no water in the dams should we urinate into them? The statement was seemed highly insensitive because it was delivered at a time when Maharashtra was reeling under severe water scarcity.

Ajit's trouble increased after CM Chavan's statement in July 2012 that the area under irrigation in Maharashtra had grown up by only 0.1 per cent despite an expenditure of Rs 70,000 crore of government fund in a decade. Chavan's statement opened the doors for opposition to target Ajit Pawar and Devendra Fadnavis used this statement to claim that Ajit was involved in a Rs 70,000 crore scam in the water resources department. The growing pressure from Opposition forced Ajit to step down as Deputy CM in September 2012 but he returned as deputy CM after only three months.

Many believe that it was around this time that Sharad Pawar sensed the opportunity to sideline Ajit and hoist his daughter Supriya Sule as the number two in NCP. Sharad Pawar is well-known for planning his politial moves well in advance and it seems that his decision to call back Supriya Sule from Singapore to India in 2006 was aimed at passing over the baton to her in the long run. NCP sources said that Ajit trusted his uncle so much that he never thought that Supriya's return has anything to do with clipping his wings but he was jolted from slumber in 2009 when Pawar Sr decided to field Supriya from his Baramati Lok Sabha seat. When Supriya lost Lok Sabha poll in 2014, Sharad Pawar sent her to Rajya Sabha. sending a clear message to Ajit and NCP supporters that Supriya is his political heir and not Ajit.

It is widely believed that Ajit started drifting away from his uncle after the defeat of his son Parth in the Lok Sabha election. Parth contested from Mawal and it is an open secret that Pawar was against fielding Parth and it is said that Pawar Sr also sabotaged Parth's chances of winning from Maval.

Ajit has the unique distinction of the only politician in Maharashtra who has been the number two to three chief ministers - Ashok Chavan, Prithviraj Chavan and now Devendra Fadnavis. His decision to become the deputy of Fadnavis and not Shiv Sena chief Uddhav Thackeray (who was on course to become CM with the support from NCP and Congress) has left many bewildered. Sources claimed that Ajit decided to part ways with NCP after he was informed by his supporters that Sharad Pawar has made up his mind to appoint Jayant Patil as deputy CM and he is unlikely to become the deputy CM of the Congress-NCP-Shiv Sena alliance government. Patil is among those NCP leaders who want Supriya Sule to become the chief minister of Maharashtra in the future and Ajit saw it as a threat to his future. This also seems to be an important reason why Ajit decided to join hands with the BJP and snap ties with Sharad Pawar.