RPI is an ally of the Bharatiya Janata Party (BJP) in Maharashtra and has given six seats to contest in the upcoming poll. Incidentally, Phaltan is the native place of Chhota Rajan. 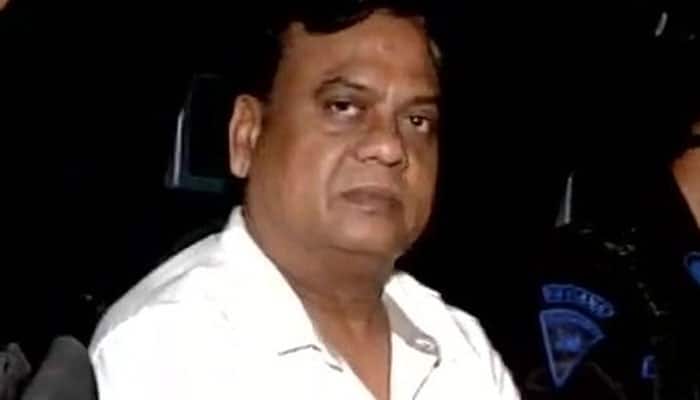 The ticket given to Deepak Nikalje, the underworld don Chhota Rajan`s brother, was withdrawn on Thursday, a day after he was nominated to contest the Maharashtra Assembly election. He was to fight on a Republican Party of India (RPI) ticket from Phaltan seat of Satara district.

RPI is an ally of the Bharatiya Janata Party (BJP) in Maharashtra and has given six seats to contest in the upcoming poll. Incidentally, Phaltan is the native place of Chhota Rajan.

The NDA alliance comprises of the BJP, the Shiv Sena, the Republican Party of India-A, the Rashtriya Samaj Paksha, the Shiv Sangram Party and the Rayat Kranti Sanghatana. The RPI has been given six seats, the Rayat Kranti Sanghatana three seats, the Rashtriya Samaj Paksha two seats and Shiv Sangram Party three seats.

RPI chief Athawale had announced Deepak's name on Wednesday along with the names of five other candidates of his party who would be contesting in the upcoming election. Athawale had said that RPI will contest Phaltan in Satara, Malshiras in Solapur, Bhandara, Naigaon in Nanded; Pathri in Parbhani, and Mankhurd- Shivaji Nagar in Mumbai.

It may be recalled that Deepak Nikalje had earlier unsuccessfully contested from the Chembur assembly seat but this seat has now gone to Shiv Sena as per the agreement reached between the NDA alliance partners.

Meanwhile, the BJP has given its smaller allies a total of 14 seats and retained the rest of the 150 seats for itself for the Maharashtra assembly election. The Shiv Sena and BJP on Tuesday had finalised a seat-sharing agreement wherein the BJP will field candidates on 164 seats and the remaining 124 seats will be contested on by the Shiv Sena.