Delhi Chief Minister Arvind Kejriwal on Monday (January 6) said that the upcoming election in Delhi will be fought on the work done by Aam Aadmi Party (AAP) in the last five years. 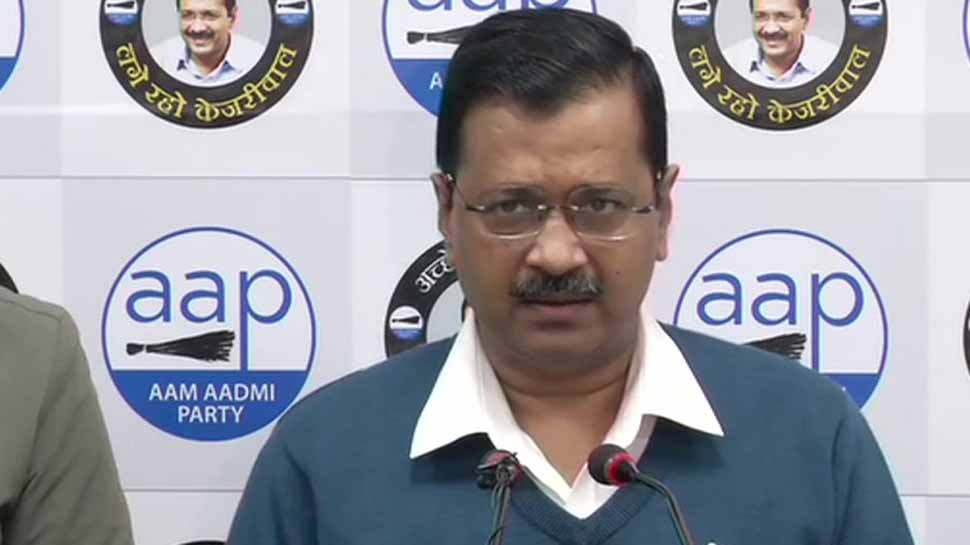 Shortly after the Election Commission announced that Assembly election in Delhi will take place on February 8, 2020, Chief Minister Arvind Kejriwal on Monday (January 6) said that the upcoming election will be fought on the work done by Aam Aadmi Party (AAP) in the last five years.

"BJP controls the Delhi Police, Municipal corporation and DDA whereas our party controls education, electricity, roads, water supply and construction work. People of Delhi will now decide which party has a better job. If you think we have not done any work, do not vote for us," Kejriwal said at a press conference.

When asked whether Citizenship Amendment Act (CAA) will be an issue during Delhi Assembly election, Kejriwal said that CAA will not play any role in Delhi and people of national capital will vote only for development.

"I worked for the whole of Delhi - not looking at who is our supporter, who is BJP's and Congress'. Delhi elections will not be fought on CAA, It will be fought on roads, electricity, water and development. We only want to work for development, nothing else," said the Delhi chief minister.

Appearing confident of AAP's victory, Kejriwal said that people of Delhi have decided to vote for AAP and this time the party will more than 67 out of 70 seats. On the question of elections being a direct fight between Kejriwal and Prime Minister Narendra Modi, the Delhi CM said that it is unlikely that PM Modi will quit as prime minister to become the chief minister of Delhi. "PM will not abandon his seat to become CM. I don't see how it happens," remarked Kejriwal.

Addressing a press conference, CEC Arora said that 90,000 policemen will be deployed to ensure that the polling process is held smoothly across Delhi. Arora also told the media that the additional secretary will handle any additional deployment of officials on poll duty. The announcement of the election schedule means that Model Code of Conduct will come into effect in Delhi immediately.