Will ensure that BJP comes to power in Maharashtra, says Narayan Rane

Former Maharashtra CM Narayan Rane took a dig at Shiv Sena for not cooperating with the BJP despite claiming that it was concerned about the welfare of the people of the state. 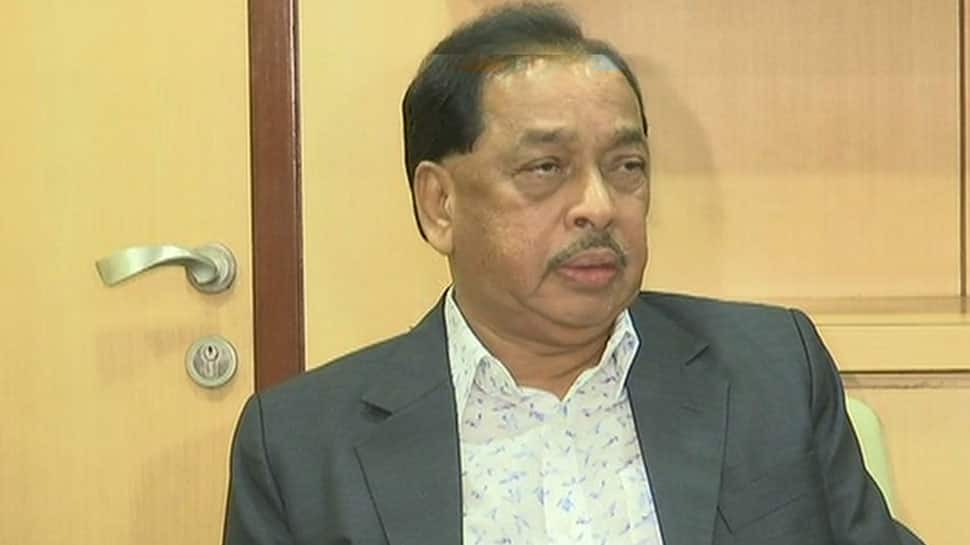 MUMBAI: Amid the ongoing political stalemate over the formation of the new government in Maharashtra, BJP leader Narayan Rane on Tuesday claimed that he would do "whatever" to ensure that BJP comes to power in the state.

Rane, who is also a Rajya Sabha MP, was a former Shiv Sena CM who joined the Congress after quitting Shiv Sena before launching his own party and then becoming a BJP member. "I will do whatever it takes to form a new BJP government, but I will not discuss (modalities) how," Rane told media after meeting former Maharashtra CM Devendra Fadnavis.

"The BJP will meet the governor with a list of 145 MLAs (halfway mark in the 288-member House) to form the government and not with empty hands," he added. The former Maharashtra CM took a dig at Shiv Sena for not cooperating with the BJP despite claiming that it was concerned about the welfare of the people of the state.

Rane claimed that Shiv Sena had failed in cobbling up enough numbers to form the government in Maharashtra and stressed that it seems highly unlikely that Uddhav Thackeray-led party will join hands with the Congress and NCP only to get power. Rane made the remarks shortly after President's Rule was imposed in Maharashtra on Tuesday after no political party or alliance succeeded in forming a government in the state.

The BJP, which emerged as the single largest party in 288-member Maharashtra Assembly with 105 seats, declined Governor Bhagat Singh Koshyari's offer to form the government, while the Shiv Sena, which met Governor on Monday, failed to get letters of support from the Congress and NCP.

The Congress and NCP leaders addressed a joint press conference on Tuesday and said that the two parties were still undecided about backing the Shiv Sena to form government in Maharashtra. The two parties, however, stressed that talks are still on in this direction and a final decision in this regard will be taken in the coming days.