"I wanted to enter politics to serve people. People have always showered me with love and blessings, so it is my duty to give something to them in return," Yogeshwar Dutt, BJP candidate from Baroda, said. 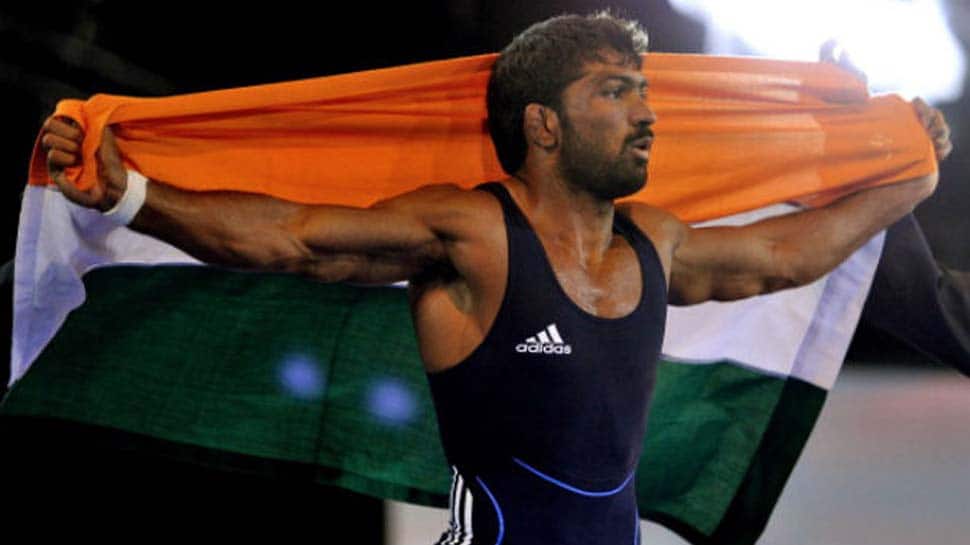 Gohana: Wrestler Yogeshwar Dutt, Bharatiya Janata Party`s (BJP) candidate from Baroda for the upcoming assembly elections in Haryana, on Tuesday said that he wanted to enter politics to serve the people in his state.

He also said that he will try to ensure the best possible facilities for the budding athletes in Haryana.

"I wanted to enter politics to serve people. People have always showered me with love and blessings, so it is my duty to give something to them in return. I also had a job in the police and I served people there too. But with politics, I can stay more in touch with what people need. I will try to eradicate all problems that are hindering grass root development in Haryana and will try to ensure the state gives the maximum number of athletes," said Dutt.

The Olympic gold medallist also praised Prime Minister Narendra Modi and Haryana Chief Minister Manohar Lal Khattar for their constant guidance.The 36-year-old also said that every district has its own concern and he will try to serve everyone in the best possible manner."I think by entering politics, I can improve the state of sports. We have a PM who is always trying to inspire, India has developed a lot under his leadership, our CM Manohar Lal Khattar has also been there to provide his guidance," Dutt said.

"Each district has its own concern. Some have electricity as a major concern while some have water has the main concern. My main job is to serve people and I will try to ensure the best facilities for everyone," he added.

Being an athlete himself, Dutt understands what needs to be done on the ground level and how the help of authorities can help in the improvement of the budding athletes. He said that the best possible facilities would be made accessible to all athletes in the state.

"I will always strive to give the best facilities to budding athletes. Every sportsperson is aware of what needs to be done on the ground level, we just need to ensure that provide all the assistance," Dutt said.

The BJP on Monday fielded three high-profile sportspersons in Haryana Assembly elections, who made the country proud with their achievements, from the seats the party has never won. Apart from Dutt, Commonwealth gold medalist Babita Phogat and former Indian Hockey captain Sandeep Singh, the newly inducted sportspersons in BJP, will be contesting from Dadri and Pehowa Assembly constituencies, respectively. Wrestler Dutt and Singh joined the BJP last week while Phogat along with her father Mahavir Phogat joined the party in August.