Ever wondered what happened to the first Maruti 800 sold in India? Here's all you should know 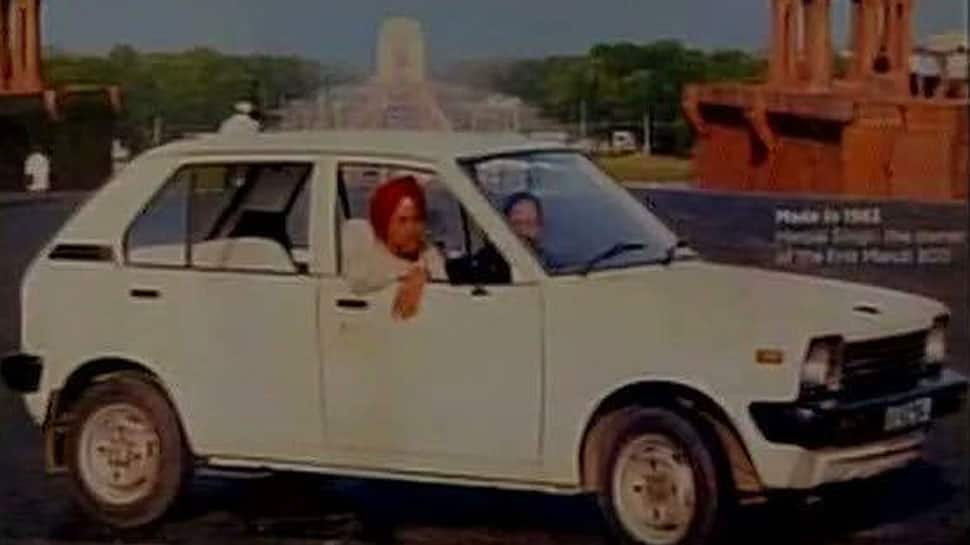 New Delhi: The glorious saga of the Maruti 800 model is not alien to anyone in India. And when it comes to the first ever Maruti 800, it evokes both nostalgia as well as curiousity.

The keys of India’s first Maruti 800 car, was handed over to Delhi-based couple Harpal Singh and his wife Gulshanbeer Kaur  by then Prime Minister Indira Gandhi on December 14, 1983. The car was in good running condition till 2010. But after the death of  Harpal Singh the car remained largely parked outside his residence in green park. The car, in a broken condition was infact widely shared by the social media in 2015, with many enthusiasts showing interest to buying it.

Years after, the car is being reportedly given restoration at a Maruti Service Centre, and would soon be available for public viewing, as per a Rushlane report.

The company has also seen changes within itself. From being a joint venture called Maruti Udyog Ltd, between the government and Japan’s Suzuki Motor Corp with the latter holding a minority stake of 26 percent, it is now Maruti Suzuki India controlled by the Japanese firm.

The iconic car brand had been carrier for millions of Indian middle class families. Though Maruti Suzuki India has now stopped production of the car, the first Maruti 800 will always enjoy the feat of being the part of the great Maruti legacy.

Maruti limits use of metals like lead, mercury in its models