The thoroughly updated sub-4m SUV will go head-to-head against the Maruti Suzuki Vitara Brezza, the TUV 300, the Honda WR-V and the recently launched Tata Nexon. 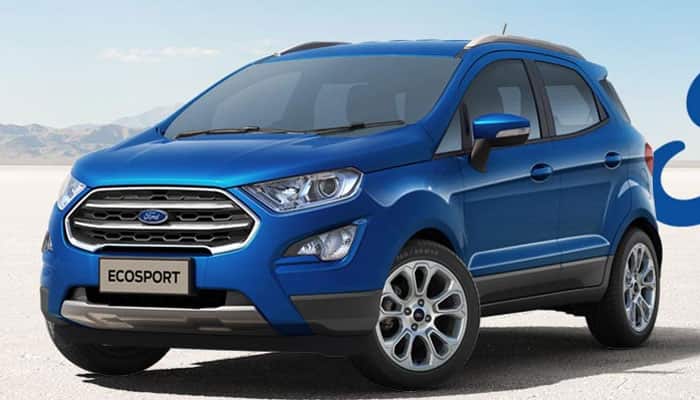 The thoroughly updated sub-4m SUV will go head-to-head against the Maruti Suzuki Vitara Brezza, the TUV 300, the Honda WR-V and the recently launched Tata Nexon.

-Gets a redesigned front profile with a new grille, projector headlamps, and chunkier fog lamps

-Redesigned dashboard with a floating touchscreen infotainment system with both Apple CarPlay and Android Auto connectivity. 6.5-inch screen on the Trend and Trend+ and 8-inch screen (segment-first) on the Titanium and Titanium+ variant

-The central console and controls for the AC are also new along with the steering wheel. The front seats are also redesigned and are relatively bigger than before

-The updated Ford EcoSport petrol is powered by a newly introduced 1.5-litre, 3-cylinder petrol engine mated to either a 5-speed manual or a new 6-speed torque converter automatic with paddle shifters. The petrol-auto combo has replaced the previous 1.5-litre, 4-cylinder petrol which was mated to the 6-speed dual-clutch automatic transmission. Further, the slow-selling 1.0-litre, turbocharged, 3-cylinder Ecoboost petrol engine has also been ditched this time round