Auto majors Maruti Suzuki India, Honda Cars and Mahindra posted double digit growth in the domestic sales of their passenger vehicles in May on the back of new models and utility vehicles. 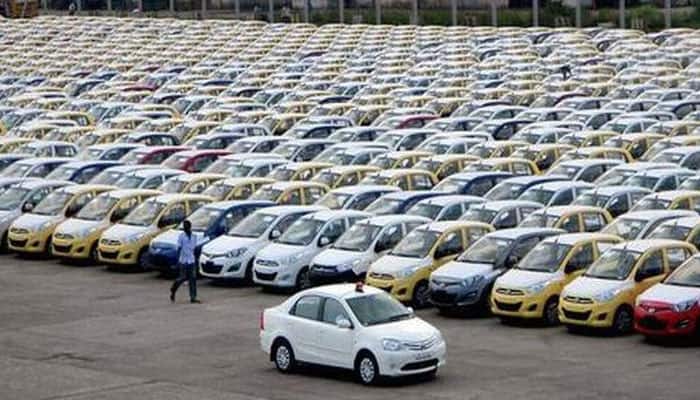 New Delhi: Auto majors Maruti Suzuki India, Honda Cars and Mahindra posted double digit growth in the domestic sales of their passenger vehicles in May on the back of new models and utility vehicles.

Ford also reported strong growth for the month while, Toyota Motor Corporation saw its domestic sales drop during the period.

The company's sales were driven by the entry level cars, compact hatchbacks and utility vehicles (UV).

The company said sales of the compact segment comprising Swift, Estilo, Dzire, Baleno and Ignis increased 10.1 per cent to 51,234 units in May as against 46,554 units in the same month last year.

Besides, sales of utility vehicles, including S- Cross and Vitara Brezza surged by 66.3 per cent to 22,608 units.

"We have a robust outlook for future... At Mahindra, we look forward to growth momentum on the back of our existing product portfolio as well as upcoming new products," he added.

Wadhera further said the implementation of Goods and Services Tax from next month will be a significant game changer, and hoped it would benefit the auto industry.

The government's plan for timely rollout of GST and a better monsoon forecast will aid in sales growth in the coming months, he added.

Similarly, Ford India reported 16.64 per cent rise in domestic sales at 6,742 units last month as against 5,780 units in May last year.

"We expect this impact to magnify in June 2017 until the customers have a clear understanding of the final pricing post the GST rollout," he added.

Raja further said the company expected the government to review the proposed tax structure, under the GST regime, for greener vehicles such as electric, hybrid to achieve cleaner mobility solutions.

"We do hope the government will continue to extend the prevailing tax benefits for greener technologies which are purely based on the fuel efficiency and eco-friendliness," he added.

Under the proposed GST rates, hybrid vehicles are to be taxed at 28 per cent with 15 per cent cess, same as that of other large luxury cars and SUVs. Under the GST, the tax incidence on hybrid vehicles will go up to 43 per cent from the current level of effective tax rate of 30.3 per cent.

In the two-wheeler segment, country's largest two-wheeler maker Hero MotoCorp reported 8.7 per cent increase in sales at 6,33,884 units in May.