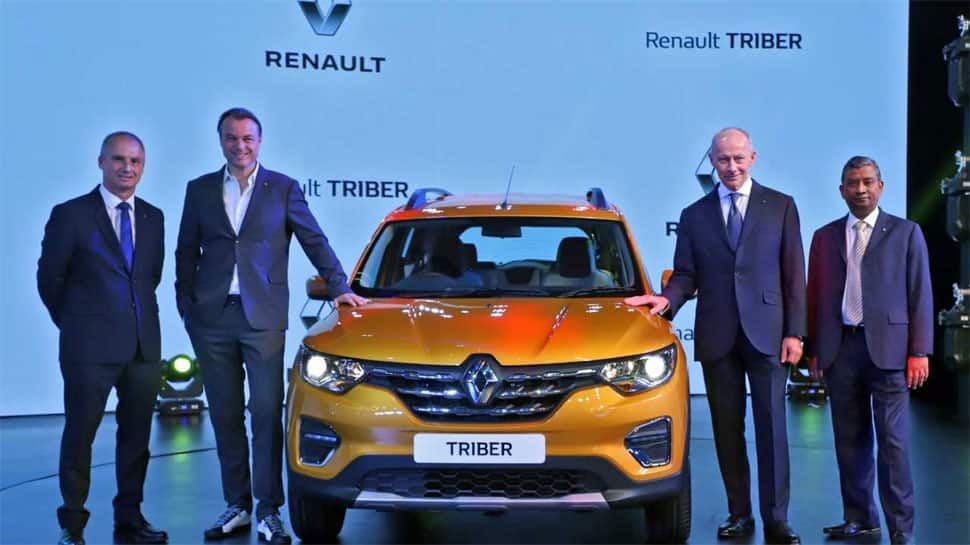 Triber will be manufactured at the Chennai plant in the second half of the year, while Renault has not revealed the price of the MPV.

Renault Triber is fitted with a 1.0-liter 3-cylinder petrol energy engine generating 72Ps with 96Nm torque. It can be paired with five-speed manual transmission or five speed EASY-R AMT.

The five-seater Triber has the largest boot capacity of its category, Renault said. It comes with sleek and taut lines as well as in its inclined windscreen and rear window and slight roof drop. It has a ground clearance of 182 mm, sculpted bonnet, front and rear SUV skid plates, roof bars, black plastic wheel arch protections and lower protective door panels.

In the interior the MPV comes with two-tone colors, from deep black for the upper part of the dashboard to a beige and white tone for the lower part and door trims, chrome trim on air vents, air-conditioning dials, the start/stop button, silver accents on the dashboard, a refrigerated central storage area and cup holders.

Mahindra to increase price of personal range of vehicles by upto Rs 36,000 from July 1