The affordable and light bike Royal Enfield Hunter 350 will be pitted against the likes of theHonda H’Ness CB350 and the upcoming Yezdi Roadking. 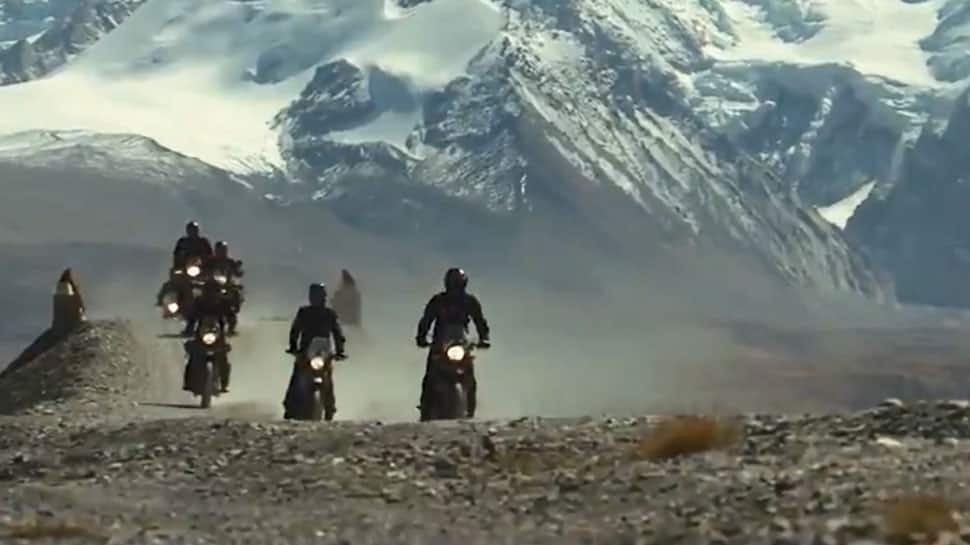 New Delhi: Royal Enfield, one of the most loved motorcycle brands in India is one again gearing up to stoke fierce competition in 350cc segment with its upcoming bike –the Royal Enfield Hunter 350.

The affordable and light bike Royal Enfield Hunter 350 will be pitted against the likes of theHonda H’Ness CB350 and the upcoming Yezdi Roadking.

As has been widely reported in the media, Royal Enfield has been looking to launch a Scrambler style bike for a long time, and the focus will be a lot on its affordability and light design.

A couple of leaked images of the Hunter 350, been circulated by some auto portals, it seems that the bike is going to get retro style circular headlamps, round view mirrors and tear drop fuel tank –a feature that is most common in the Royal Enfield bikes.

Among the other specs are going to be a different exhaust, seat, taillamp and indicators that gives it a unique design.

As the name goes, the bike will be powered by a 350cc single cylinder engine generating 20.2bhp power and 27Nm peak torque. The bike will come with a 5-speed manual gearbox, Telescopic forks. Media reports have pegged the price of this bike at around Rs 1.7 lakh.

The legendary bike maker Royal Enfield has plans to launch 4 new bikes or updated models of its market leading motorcycles for the next 7 years.