It has launched 2019 Triumph Speed Twin at an introductory price of Rs 9.46 lakh (ex-showroom, pan-India). 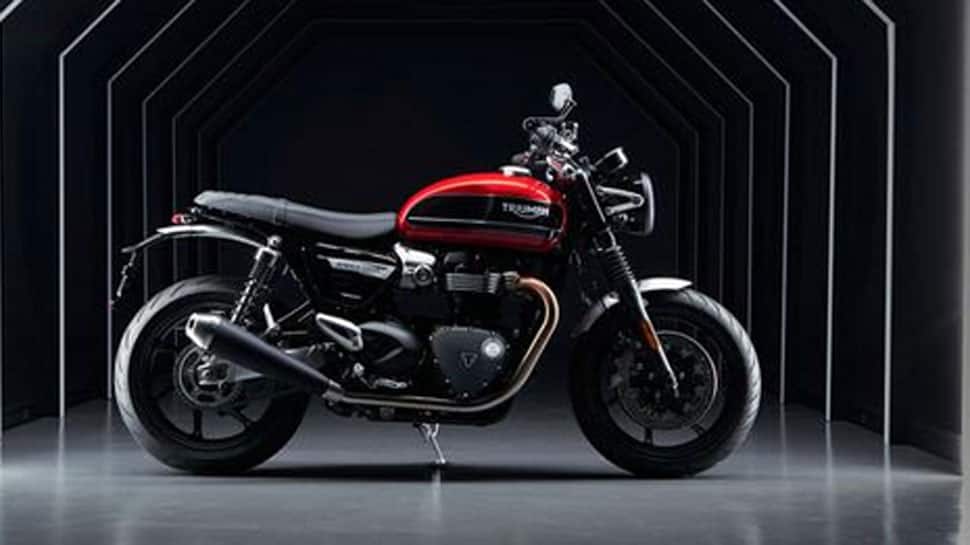 Mumbai: British superbike brand Triumph Motorcycles Wednesday launched the 1200-cc 2019 Speed Twin, its third offering in the domestic market since February and looks to strengthen its presence in the country.

It has launched 2019 Triumph Speed Twin at an introductory price of Rs 9.46 lakh (ex-showroom, pan-India).

The company, which follows July-June fiscal year, also said it expects to close the year with around 1,150-1,250 more units despite a degrowth in the industry amid the headwinds since last September.

Earlier, Triumph had launched versions of Street Twin and Street Scrambler in February as part of its product expansion strategy in the country.

"We have the widest range of luxury motorcycles for riders in India and we focused on introducing high-performance machines that will enable us to furthermore strengthen our presence in the country," said Shoeb Farooq, general manager, Triumph Motorcycles India.

In India its range of 13-14 products include Factory Customs, Roadsters, Adventure and Modern Classics.

Apart from classic, the Adventure segment accounts for 24 percent in the volume, while the remaining 22 percent come from the urban motorcycle portfolio, he added.

Farooq said that more than 500-cc segment has been growing at a compounded annual growth rate of 22 percent and within that Triumph was growing at a CAGR of 29 percent.

The industry is going through a little difficult phase, which is just not confined to premium car or bike segment but this time around, it is across segments, he said.

"The current degrowth in the industry is to the tune of 7-8 percent. There is a degrowth in the premium motorcycle industry against that we also have a similar trend as industry in terms of our volumes but we have three more months to cover up," Farooq said.

Triumph has already launched four products including some upgrade in the last 4-5 months and will roll out one more before closing the year with a growth similar to what it has been clipping in the last couple of years, he said.

"We don't expect this year to be a growth year for us. But unlike industry, which is degrowing, we expect to hold on to our numbers with increased competition. Still We are going to do much better than most of other players in the country.

He also said that in the long-term the company will focus on the CKD products even as the new regulations allow it to ship up to 2,500 units of a model without paying any import duty.

India is among one of the five countries globally where the British superbike maker have set up a CKD facility.