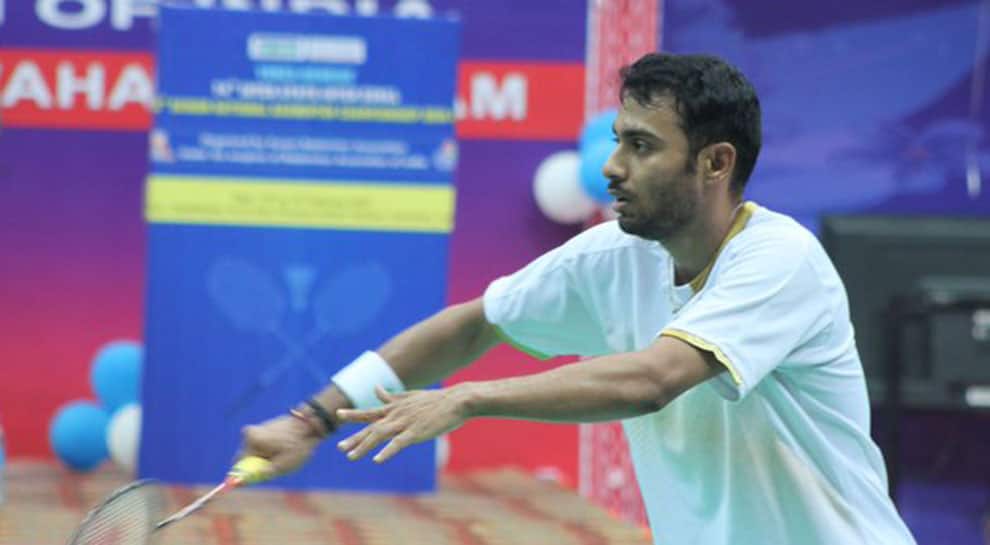 Bangkok: Indian shuttlers Sourabh Verma and Sai Uttejitha Rao Chukka made an early exit at the Thailand Open as both of them lost their respective first-round matches at the BWF World Tour Super 500 tournament on Wednesday.

In men`s singles, Sourabh -- who had defeated Kantawat Leelavechabutr of Thailand and Zhou Ze Qi of China to enter the main draw -- lost 21-23, 21-19, 5-21 to Kanta Tsunemaya of Japan in a match that lasted for more than an hour.

Later in the day, four other Indian shuttlers will take on their opponents in the men`s singles event.

B. Sai Pranneeth will fight with Kantaphon Wangcharoen of Thailand, Kidambi Srikanth will clash with P Ren of China, H.S. Prannoy will take on Wong Wing Ki of Hong Kong, Parupalli Kashyap will lock horns with Misha Zilberman of Israel and Sameer Verma will come up against Lee Zil Jia of Malaysia.

Also, Subhankar Dey -- who was scheduled to face number one Kento Momota -- has received a walkover to round two following Momota`s withdrawal from the Super 500 series event.

In women`s singles, Saina Nehwal - who is competing at the Thailand Open after an injury lay-off, which had forced her to miss the Indonesia Open and Japan Open, will fight with Phittayaporn Chaiwan of Thailand.