Denmark Open: PV Sindhu goes down against Korea's An Se Young in pre-quarterfinal

In the first-ever meeting between the duo, the Korean shuttler took 40 minutes to sweep aside India's Sindhu 21-14, 21-17 in a thrilling pre-quarterfinal clash of the women's singles event. 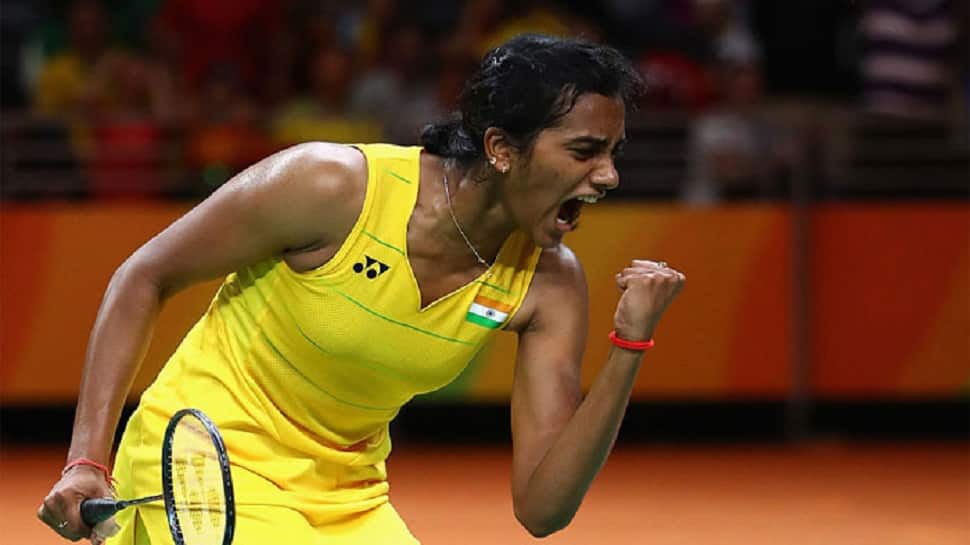 Rio Olympic silver-medallist PV Sindhu suffered a major blow as she crashed out of the ongoing Denmark Open after slumping to a straight games defeat at the hands of An Se Young of Korea in the second round on Thursday.

In the first-ever meeting between the duo, the Korean shuttler took 40 minutes to sweep aside India's Sindhu 21-14, 21-17 in a thrilling pre-quarterfinal clash of the women's singles event.

With the win, Se Young has now set up a clash against Spain's Carolina Marin for a place in the semi-final of the ongoing badminton tournament.

On Tuesday, Sindhu had clinched a 22-20, 21-18 straight games win over Gregoria Mariska Tunjung of Indonesia in the opening round of the tournament that lasted 38 minutes.

Earlier in August, Sindhu made the country proud by becoming the first-ever Indian shuttler to clinch a BWF World Championships gold during the 2019 edition of the prestigious tournament.

Sindhu was at her absolute best against world number three Nozomi Okuhara of Japan throughout the final match to eventually seal a comfortable 21-7, 21-7 win.  It was also Sindhu's fifth title at the tournament, thus making her the joint highest in women's singles in the history of the BWF World Championships along with two-time Olympic gold medallist Xhang Ning of China.

Meanwhile, the Indian duo of Satwiksairaj Rankireddy and Chirag Shetty also bowed out of the Denmark Open after losing their second round of the men's doubles event against sixth-seed Chinese pair of Han Cheng Kai and Zhao Hao Dong.

Rankireddy and Shetty suffered a 16-21, 15-21 defeat at the hands of their Chinese opponent in a thrilling clash that lasted just half an hour.

Meanwhile, ace Indian shuttlers B Sai Praneeth and Sameer Verma will look to seal quarter-final berths in Denmark when they play their respective last-16 clashes of the men's singles event later in the day.

While Praneeth will take on top-seed Kento Momota of Japan in the second round, Sameer will meet fifth-seed Chen Long of China for a place in the last-eight.