With the win, Srikanth has now set up a clash against fifth-seeded Chen Long of China for a place in the semi-final of the tournament. 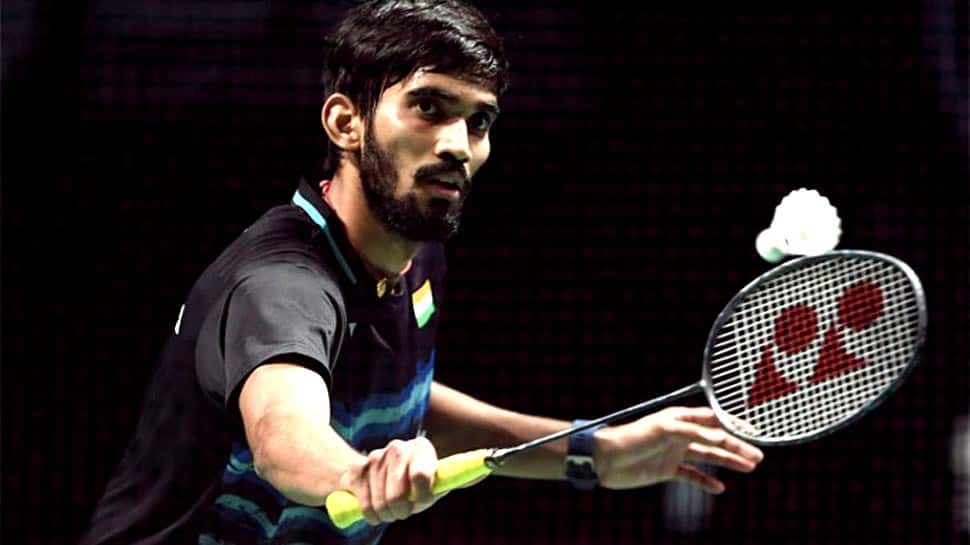 Ace Indian shuttler Kidambi Srikanth booked his place in the quarter-final of the ongoing Hong Kong Open after surviving a scare against fellow countryman Sourabh Verma in the round-of-18 of the men's singles event on Thursday.

After comfortably winning the opening game, the 26-year-old shuttler failed to capitalise on the same and went down in the second before he rebounded strongly to clinch a 21-11, 15-21, 21-19 triumph over Sourabh in a thrilling clash that lasted 59 minutes.

With the win, Srikanth has now set up a clash against fifth-seeded Chen Long of China for a place in the semi-final of the tournament.

In another second round match. HS Prannoy--the another Indian in the fray--suffered a major blow as he crashed out of the tournament after going down against Jonatan Christie of Indonesia in straight games.

Prannoy, who defeated Huang Yu Xiang of China in the opening match, suffered a 12-21, 19-21 defeat at the hands of his Indonesian opponent in a 38-minute match.

Meanwhile, Parupalli Kashyap and PV Sindhu will also look to book their place in the last-four of the tournament when they square off with Chinese Taipei's Chou Tien Chen and Thailand's Busanan Ongbamrungphan in their respective second rounds.