Last month, he lost in the final of Singapore Open to compatriot B Sai Praneeth. This was his fourth Super Series final. He had previously won the 2014 China Open and 2015 India Open. 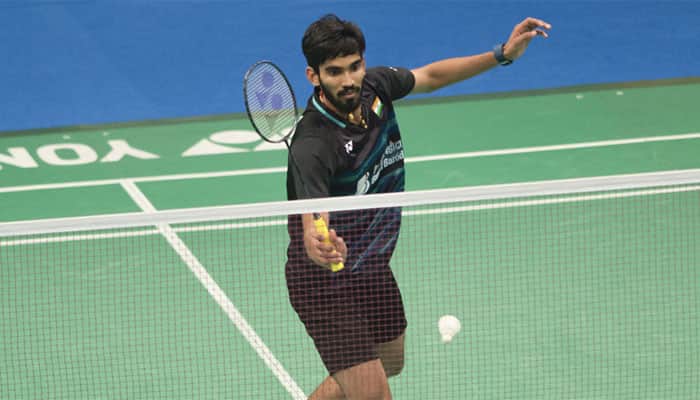 The 22nd ranked Indian took just 37 minutes to beat the world number 47 in straight games, 21-11 21-19. The win help Srikanth avenge his compatriot HS Prannoy, who lost to the Japanese in yesterday's semi-final in three grueling games.

The Indian shuttler showed his supreme match fitness to finish the match inside an hour. In the previous four games in the tournament, he emerged unscathed despite playing three three-game thrillers.

Continuing his brilliant form, the 24-year-old from Guntur started the title clash in style, winning 21-11 in just 13 minutes. But the Japanese came back strongly to pose a fight-back, and was leading 13-11, then 17-15 as the match threatened to go all three games. But from 19-19, the more experienced Indian hold his nerve to close out the match with a tight 21-19 win.

This is their first ever meeting.

Last month, he lost in the final of Singapore Open to compatriot B Sai Praneeth. This was his fourth Super Series final. He had previously won the 2014 China Open and 2015 India Open.

He thus became the second Indian to capture the prestigious title, after Saina Nehwal, who won three times in 2009, 2010 and 2012.

Srikanth has been in sublime form these couple of months. After losing to Praneeth in Singapore title clash, he shocked some of the biggest names in the game in Jakarta. Yesterday, he got the better of world number one one Son Wan Ho of Korea in three games, 21-15,14-21, 24-22 which lasted one hour and 12 minutes.