PV Sindhu, who at one stage was leading 14-8 in the second game, squandered her lead as Yamaguchi fought her way back into the contest. 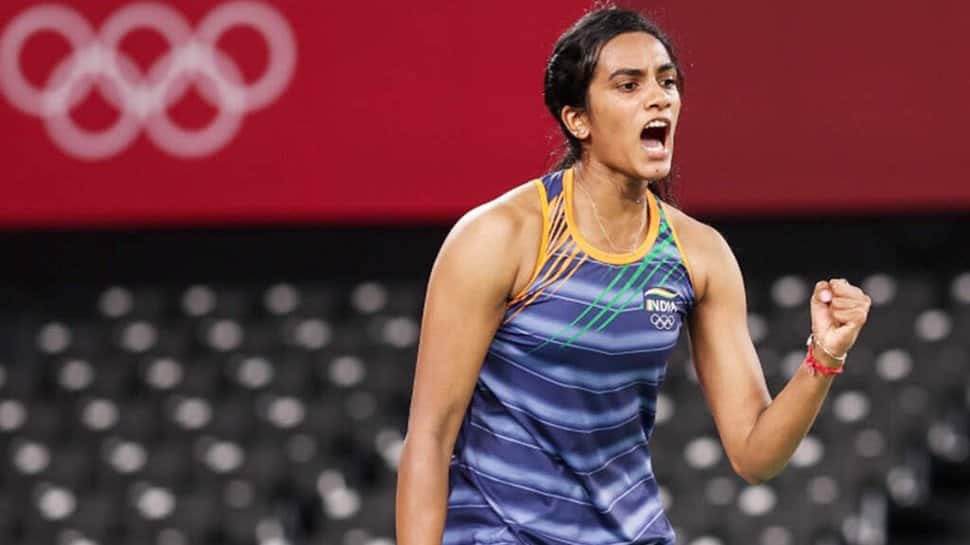 Reigning world Champion PV Sindhu kept India's hopes of winning a first-ever Olympic gold in badminton alive as she reached the semifinals of women's singles with a fighting straight-game win over world no 5 Japanese Akane Yamaguchi on Friday.

The 26-year-old Indian, who won a silver in the 2016 Rio Olympics, defended brilliantly and rode on her attack to outclass the fourth seeded Yamaguchi 21-13 22-20 in a 56-minute quarterfinal clash at the Musashino Forest Plaza in Tokyo.

Several fans celebrated Sindhu's gripping win against the Japanese and lauded the fightback produced by her in the second game. Sindhu, who at one stage was leading 14-8 in the second game, squandered her lead as Yamaguchi fought her way back into the contest.

The current world number four Japanese shuttler made complete use of the momentum and forced Sindhu to first save two game points, with scores reading 18-20. However, Sindhu held onto her nerves and secured the final four points in a row to send the local star out of the Olympics.

Here are a few reactions:

At 15-16, an average Indian Olympian would have lost the game in their head, but PV Sindhu is made of something else. Amazing!

What a show of mental strength and fitness from #PVSindhu Great game! Onto the semis now.#Olympics2020

#PVSindhu  Those last 4 points and that #NeverGiveUp attitude were extraordinary! One step closer to that medal for India  ! #Tokyo2020 #TokyoOlympics2020

WHAT. A. MATCH.
She's a champion and she played like one. Superb Sindhu Storms into Semis! Congratulations @Pvsindhu1  #GoForGold #Olympics #Tokyo2020 #TeamIndia pic.twitter.com/nNPwMl84Gd

What a match! Sensational! Nerves of steel @Pvsindhu1!

Sindhu will next face the winner of the other quarterfinal between Thailand's Ratchanok Inthanon and Chinese Taipei's Tai Tzu Ying.