Praneeth made a comeback in the second game only to bow out of the tournament. 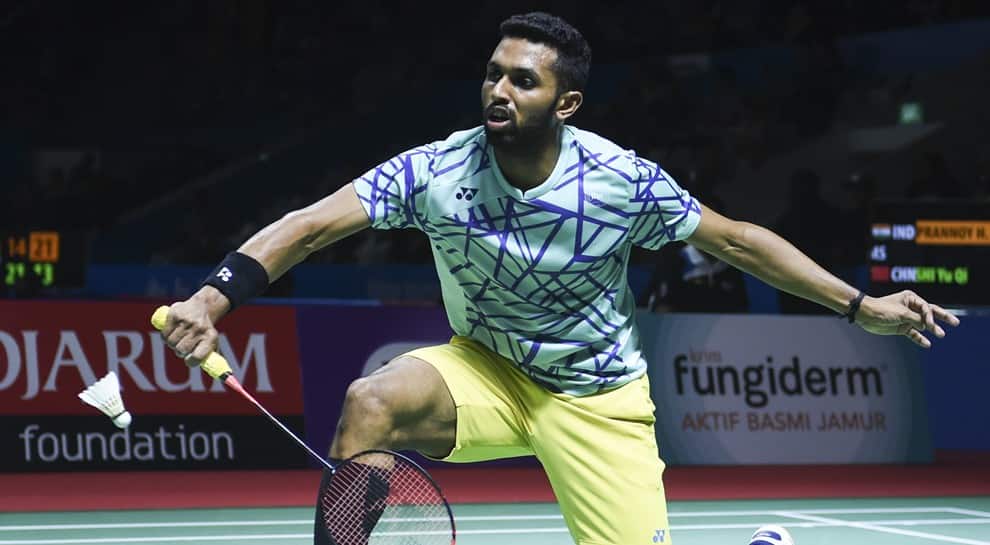 Jakarta: Indian shuttlers B. Sai Praneeth and Prannoy Kumar crashed out of the Indonesia Open in the first round at Istora Gelora Bung Karno Sports Complex in Jakarta on Wednesday.

Praneeth made a comeback in the second game only to bow out of the tournament. The Indian player, who had reached the final of the Swiss Open this year, lost to Hong Kong`s Wong Wing Ki Vincent 15-21, 21-13, 10-21. Both Praneeth and Ki Vincent had a 2-2 head-to-head count before the match.

In the second game, Praneeth found his lost momentum and turned the tables to dominate Ki Vincent 21-13 and push the match to the decider. In the third game, Ki Vincent had to do little as he hardly broke a sweat and defeated Praneeth 21-10.

Elsewhere, Prannoy lost his form after the first game and was handed a 21-19, 18-21, 20-22 defeat by China`s Shi Yuqi.In a neck-to-neck match, Prannoy got off to a brilliant first game lead. He restricted Yuqi towards the end and secured a 21-19 win in the opening game.

Prannoy carried his momentum in the second game but Yuqi gave his all to force the match into the decider with 21-18 against the Indian player. In the third game, the audience witnessed a hunger to win from both the players. However, Yuqi maintained his success in the decider and secured a 22-20 win over Prannoy.

With the win, Yuqi defeated Prannoy by 5-1 in their head-to-head count. Earlier, star shuttlers PV Sindhu and Kidambi Srikanth progressed to the second round of the Indonesia Open. Sindhu defeated Aya Ohori of Japan 11-21, 21-15, 21-15, while Srikanth outclassed Japan`s Kenta Nishimoto 21-14, 21-13.