While Praneeth defeated Indonesia`s Tommy Sugiarto to make it to the last four, Japan`s Akane Yamaguchi defeated Sindhu in straight games to knock her out of the competition on Friday. 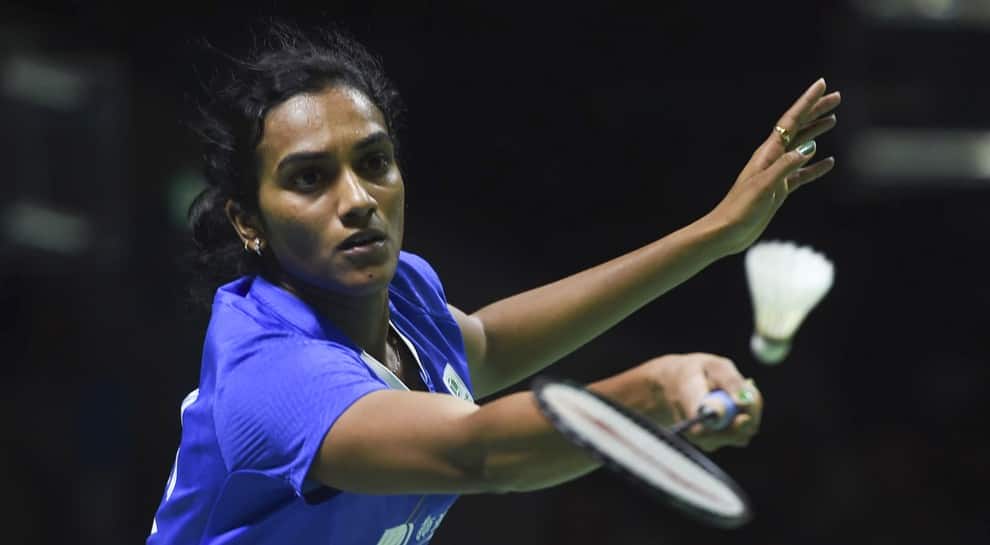 Tokyo: It was a mixed day for India at the Japan Open as ace shuttler B. Sai Praneeth entered the semifinals while Olympic medallist PV Sindhu was knocked out of the $750,000 tournament.

While Praneeth defeated Indonesia`s Tommy Sugiarto to make it to the last four, Japan`s Akane Yamaguchi defeated Sindhu in straight games to knock her out of the competition on Friday.

In men`s singles event, Praneeth was at the top of his game as he beat Sugiarto 21-12, 21-15 in his last-eight match that lasted for just 36 minutes.

The former Singapore Open champion was in complete control of the proceedings against his higher-ranked opponent. He led almost all through the first game after 1-1 and Sugiarto was playing a catch-up game thereafter as the Indian won the game 21-12.

The second game was a bit closer but Praneeth made sure he doesn`t get complacent and went on to win the game 21-15, thereby progressing to the semifinals.

He next faces top-seeded Japanese Kento Momota for a place in the summit clash. This is only the second semi-final appearance for the world number 23 on the tour in 2019.

In women`s singles, Sindhu once again failed to go past Yamaguchi as she suffered an 18-21, 15-21 defeat in her quarterfinal match that lasted for 50 minutes.

Fifth-seed Sindhu, who went down in the Indonesia Open final to the Japanese, started on a good note, taking an 11-7 lead at the interval in the first game. However, Yamaguchi made a stunning comeback and went on to win the game 21-18.

In the next game also, the fourth-seeded Japanese didn`t let her foot off the peddle and made sure she didn`t give Sindhu any opportunity to take the match to the third game.

Yamaguchi showed brilliant skill-set and went on to win the game 21-15 to set up a semi-final date with China`s Chen Yu Fei.