Google doodle on Friday honoured the rich legacy of Dr James Naismith, the inventor of basketball in 1891. 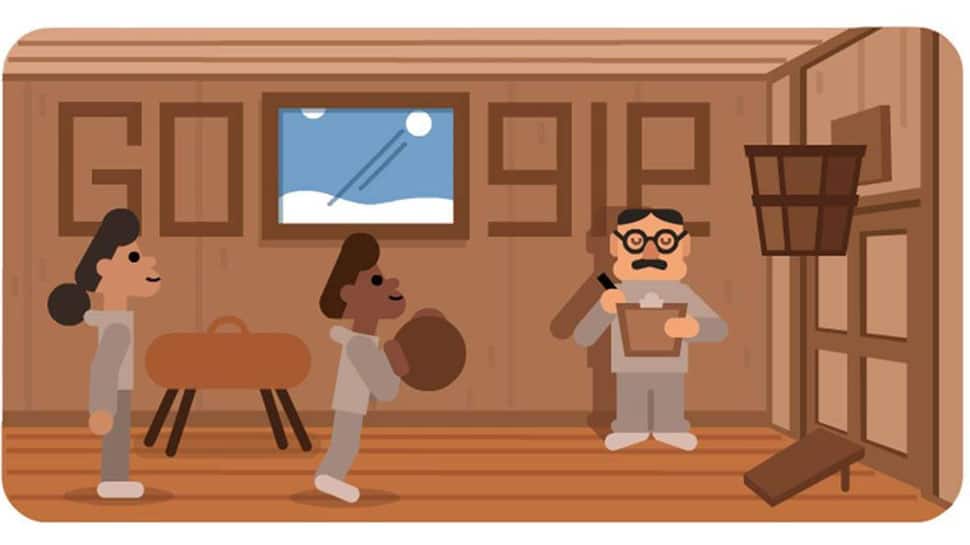 Google doodle on Friday was dedicated to Dr James Naismith, the inventor of basketball.
Share:
Written By:

Google doodle on Friday honoured the rich legacy of Dr James Naismith, the inventor of basketball in 1891. In the animated doodle, Naismith can be seen standing with a cardboard inside a gymnasium as his wards play basketball with snow falling outside.

Besides being a doctor and a coach, Naismith also was a Canadian-American physical education professor. It was on this day in 1891, Naismith wrote about the sport and laid down its original rules in the Springfield College newspaper. The sport, which initially started inside a gymnasium has expanded into a global phenomenon and caters to audiences in almost 200 countries.

Naismith was born in November 6, 1861 in a small town based in Ontario, Canada. After completing his graduation in physical education from McGill University, Naismith took up a job as an instructor at the YMCA International Training College in Springfield, Massachusetts in 1890. It was in this college, when Naismith was asked to develop an indoor sport, which could keep the students involved during the harsh New England winters.

The game which was introduced to the students of YMCA, Springfield back in December 21, 1891 initially had nine players a side. It also had elements from several outdoor sports such as American football, soccer, and field hockey.

The sports since then gained immense popularity and was introduced in the Olympic roster in 1936 at Berlin, Germany. The historic moment was kicked-off by Naismith as he threw the ball for tip-off to commence the first match.

Naismith believed the sport would help students enhance themselves both physically and mentally. Dedicating his life to the sport, Naismith worked on ways to help it reach more young masses.

In the year 1959, the Naismith Basketball Hall of Fame was incorporated in Springfield, Massachusetts, and the institute still carries Naismith’s rich legacy to this day.