It is a mark of the standards Ben Stokes sets that his first reaction to the wonder catch that dismissed to Andile Phehlukwayo was that he had got into the wrong position. 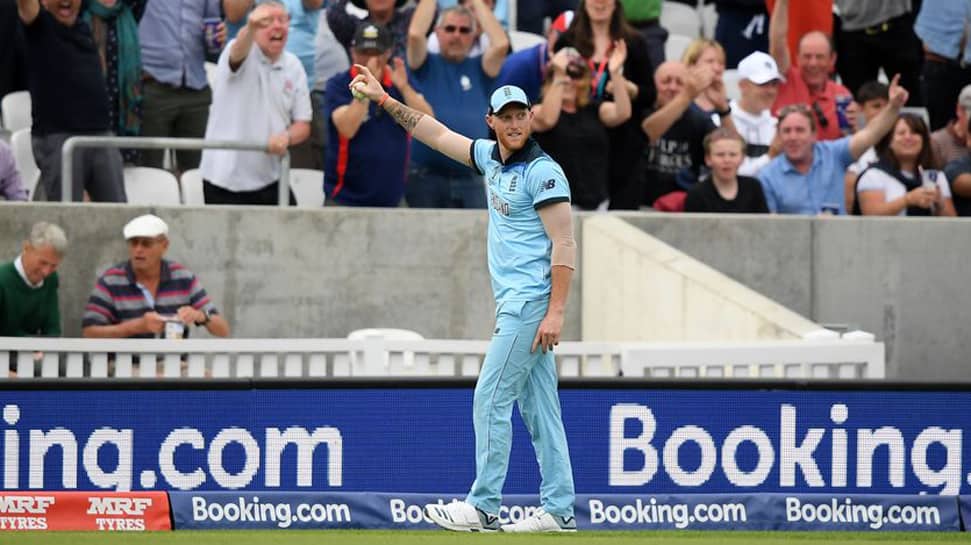 It is a mark of the standards Ben Stokes sets that his first reaction to the wonder catch that dismissed to Andile Phehlukwayo was that he had got into the wrong position.

Stokes was at deep mid-wicket, Phehlukwayo mowed an Adil Rashid ball in his direction but to get to it, the England all-rounder had to dive, one-handed. He landed horizontally and with the ball in hand to take what is already being talked about as the catch of a tournament that has only started.

As per the ICC media press release, Stokes was unsure how to respond to his moment of magic but in the immediate aftermath admitted the spectacular catch was probably harder because of his own doing.

“It probably would have been a regular catch if I was in the right place but it was just one of those that sticks or it doesn’t,” Stokes said.

“Even when you do take catches like that, when you know you’ve started in the wrong position, you know you have made a relatively straightforward catch into a hard one. I didn’t know how to react.”

Asked whether this catch was as good as the one he took at on the first day of the fourth Ashes Test at Trent Bridge in 2015, when he plucked a ball from almost behind him at fifth slip to dismissed Adam Voges, Stokes didn’t hesitate in his answer. “No. That was against Australia so that’s higher up,” he said.

Still, Stokes knows this catch will is something special because he saw that on fans’ faces. After being mobbed by his teammates, Stokes watched the catch again on-screen.

“The crowd reaction behind me was pretty awesome,” he said. “I just tried to take it in as much as I could.”

And then, he had to calm himself down so he could deliver the next over.

“I bowled the next over and Mo (Moeen Ali) had to come over to me and ask if everything was ok and if my heart rate had come down. It does get you fizzed up, when you’re involved in something like that.”

Stokes played a role in all three departments in the match. He top scored with 89 runs off 79 balls, affected the run-out that sent Dwaine Pretorius back to the changing room, took two wickets for 12 runs and two catches and said he relishes being able to contribute as much as he does.

“It’s the best thing about being an all-rounder. You can influence the game for pretty much the whole 100 overs,” Stokes said.

England’s massive margin of victory, 104 runs, suggests a dominance that should set them up for big things in this tournament but Stokes was careful not to look too far ahead. Instead, he saw the performance as a pleasing way to “get the first game out of the way,” and the batting effort, in particular, a demonstration of the progress England’s line-up has made.

“Today’s innings showed how far we’ve come over the last two or three years. Maybe then we could have been bowled out for 270 or 280 which would have made it a lot easier for South Africa to chase,” Stokes said.