Ganesh was at large after the alleged assault on Anand Singh, both from Ballari district, on January 20 at the Eagleton Resort on the city outskirts. 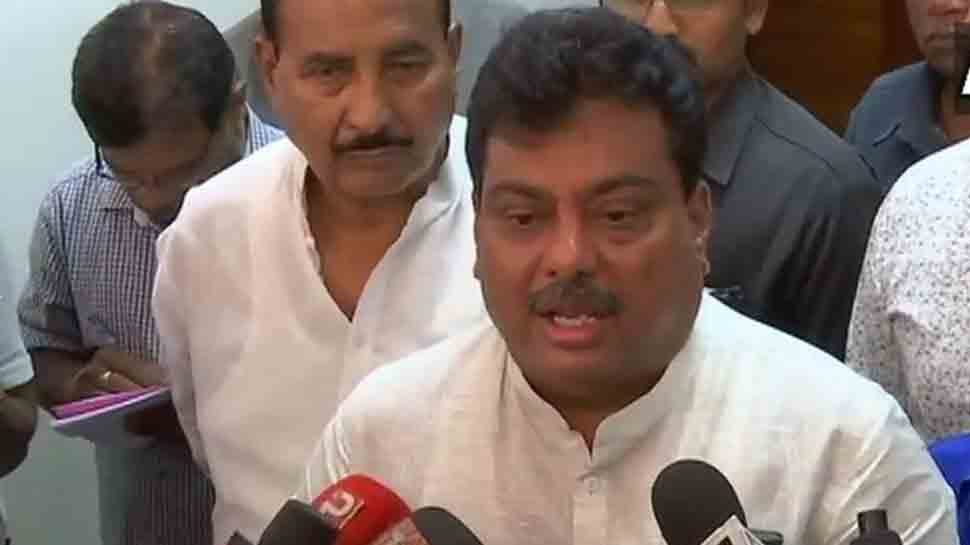 Bengaluru: Congress MLA JN Ganesh was arrested on Wednesday, weeks after he was declared absconding for allegedly assaulting another lawmaker from his party during a brawl at a resort.

Ganesh was at large after the alleged assault on Anand Singh, both from Ballari district, on January 20 at the Eagleton Resort on the city outskirts, where the Congress had sequestered its MLAs to prevent a poaching bid by the Bharatiya Janata Party (BJP).

"Yes, we have arrested him (Ganesh)," Inspector General of Police of the Central range B Dayananda told PTI, replying to a query.

Police sources, however, did not confirm from where was the Congress MLA arrested.

They said prior to his arrest, a team of about 18 officers had carried out searches in Mumbai, Goa, Ballari and Hyderabad.

Ganesh had allegedly attacked Singh with his fists and a flowerpot, hit him near his eye and kicked him on his chest, according to the complaint filed with the police.

In his complaint, Singh stated that Ganesh was upset as he suspected that he wanted to finish him off politically and did not support him financially during the Karnataka Assembly polls last year.

A seriously injured Singh was admitted to a private hospital in the city.

Based on his complaint, the police had registered a case of attempt to murder against Ganesh.

Fearing arrest, the Congress MLA did not appear for the crucial budget session of the state legislature, despite a whip.