Prime Minister Narendra Modi said today that the people of the Northeast have rejected the "politics of hate" by "unanimously" voting the BJP to power. 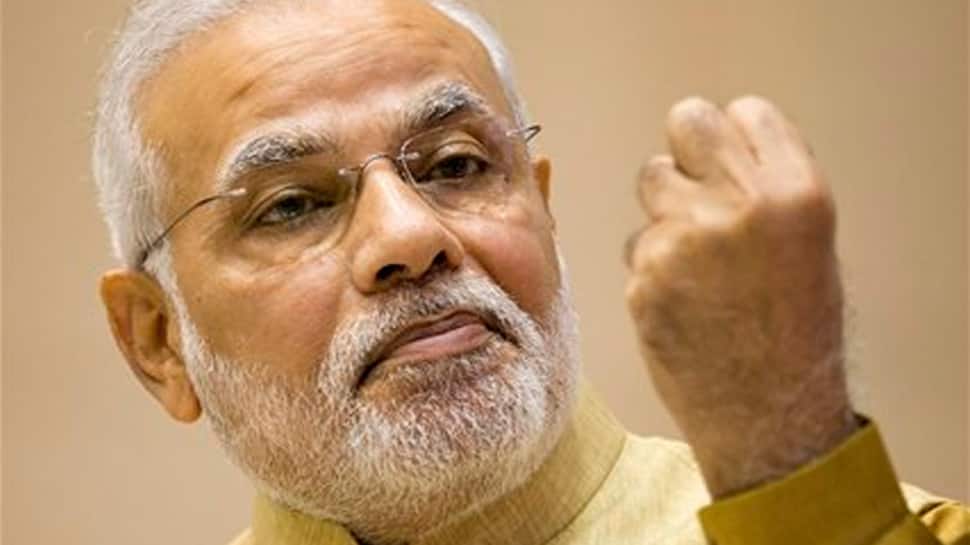 BENGALURU: Prime Minister Narendra Modi said today that the people of the Northeast have rejected the "politics of hate" by "unanimously" voting the BJP to power.

The BJP yesterday wrested Tripura, the Left bastion, and received an invitation to be part of the government in Nagaland, while Meghalaya elected a hung Assembly.

Modi, while addressing a youth convention in Tumakuru about 70 km from here via video-conferencing, said the poll results of Tripura had given him immense joy.

"The brothers and sisters of the Northeast have rejected the politics of hate by unanimously voting the BJP to power," he said.

The convention is being organised to mark the silver jubilee celebrations of the Ramakrishna Vivekananda Ashram in Tumakuru and celebrate the 150th birth anniversary of Sister Nivedita, a social worker and a disciple of Swami Vivekananda.

Modi, speaking on the subject of 'Youth power: A Vision for New India', said a fitting reply to radicalisation could only be given by the resolve for integration.

Hitting out at the previous Left and Congress regimes in the Northeast, Modi said the people there earlier were feeling cut off from the Indian mainstream because of policies and decisions that alienated them, but his government has been working relentlessly to wipe off this feeling.

"Our government has resolved to work in such a way that no part of the country and no group feels alienated and we have proved this by working towards it," he said.

"This wave of integration can also be felt among the people of Karnataka," he said.

The mandate which the people of Northeast have given is in itself is a very big change, Modi said.

By participating in the happiness of the people of the Northeast through the Assembly polls results, the whole country has sent a strong message that they were with their dreams and sentiments.

"For the country's unity, showing solidarity to the sentiments of the Northeast is a necessity and very big thing," he said.

Modi said the results of Northeast Assembly polls have created an environment of festivity in the entire country.

The Prime Minister said the Assembly polls also brought the whole country together to celebrate the happiness of the people living there.

"I don't see Northeast poll results through the lens of victory and defeat of political parties, but what is important is that the whole country became participants in the happiness of people residing there," he said.

"We all saw this happening when many Indians, who were glued to the television as though they themselves were in the electoral battlefield, started to realise the happiness, dreams and sentiments of the people of the Northeast as their own," he said.

When a hotel turned away PM Narendra Modi, his entourage in Mysuru