One of the most sought actresses in the Bhojpuri industry Amrapali Dubey has shared a picture on her Instagram and it will blow your mind. 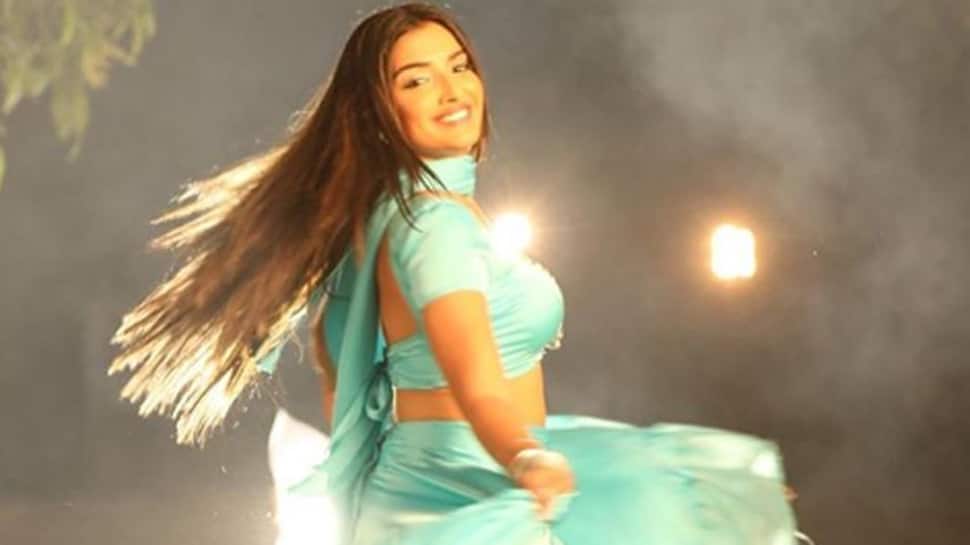 New Delhi: One of the most sought actresses in the Bhojpuri industry Amrapali Dubey has shared a picture on her Instagram and it will blow your mind.

Sharing the picture, Amrapali Dubey wrote, "Whatever does not kill you, it only makes you stronger  moving on and ahead with a smile thats Life."

On the work front, her movie 'Nirahua Chalal London' has hit the screens and is running successfully in Mumbai, Nepal and Bihar. She even thanked her fans for liking the venture.

Aamrapali's on-screen jodi with Nirahua remains the favourite amongst Bhojpuri movie buffs. She has in fact delivered most of her superhit films with the actor and has a couple of big movies lined-up for release.

The star of Bhojpuri cinema has a packed 2019 and that means she will be seen more on the screens. The actress has several big projects lined up for release this year. Aamrapali reportedly also happens to be one of the highest paid actresses in the Bhojpuri film industry.

Aamrapali made her debut opposite Dinesh Lal Yadav with the first installment of 'Nirahua Hindustani'. Before entering into films, Amrapali did daily soaps as well. She played pivotal parts in hit shows like 'Rehna Hai Teri Palkon Ki Chhaon Mein', 'Saat Phere', 'Maayka' and 'Mera Naam Karegi Roshan' among few.