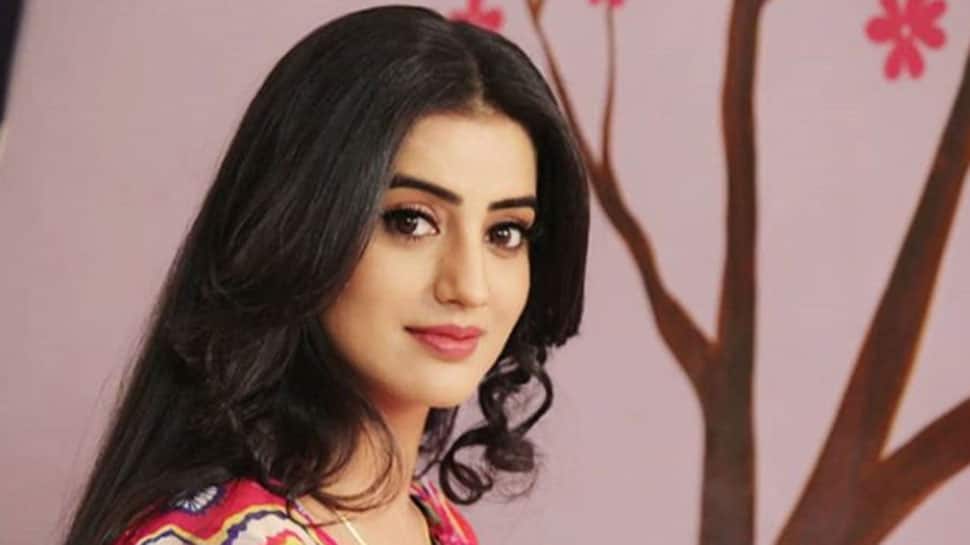 New Delhi: Hailed as the most beautiful actress in Bhojpuri cinema, Akshara Singh is also a popular star on social media. She keeps her fan army in a happy space with regular updates on Instagram.

Akshara is also quite active in uploading TikTok videos. She recently shared one where the actress can be seen lip-syncing and acting on a popular Hindi track 'Tum Bhula Na Sakogey Main Vo Raaz Hun'.

She has as many as 584k followers on Instagram so far.

The stunning beauty began her journey as an actress in the television industry before venturing into Bhojpuri films. With over 50 movies old, Akshara is one of the highest paid actresses in the Bhojpuri film industry.

Fans love to watch her power star Pawan Singh on-screen. Their chemistry remains one of the best ones so far. Together, they have delivered some of the biggest hits in Bhojpuri movies.

Besides acting, Akshara is also blessed with another talent. She is known for her crooning skills. The actress has lent her vocals to various devotional songs for Kanwar and Navratri festivals.