Akshara can be seen grooving to the song which has already become popular amongst the Bhojpuri cinema buffs. 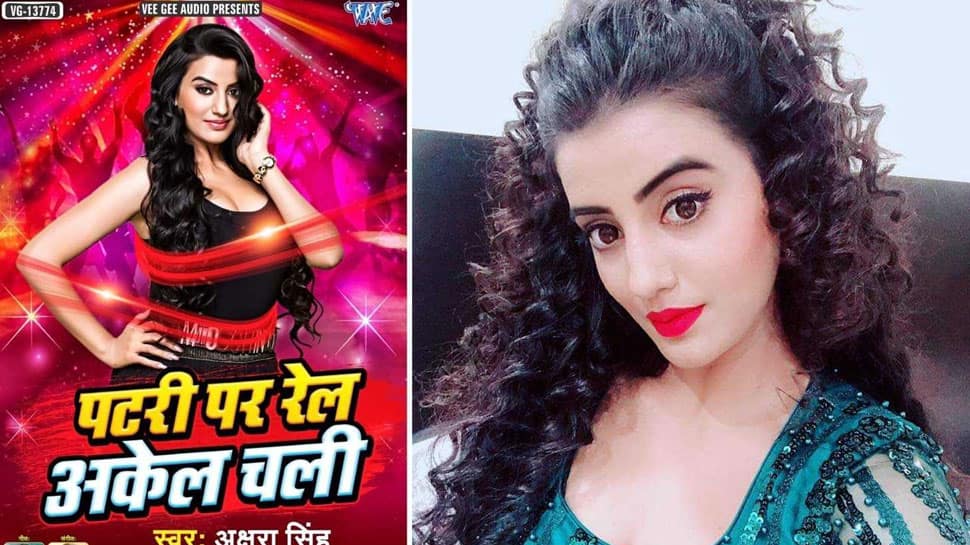 New Delhi: Bhojpuri actress-singer Akshara Singh has released her new song titled 'Patri Par Rail Akel Chali' from the album of the same name. The track is peppy and foot-tapping. It has gone viral on YouTube with 1,914,224 views so far.

Akshara can be seen grooving to the song which has already become popular amongst the Bhojpuri cinema buffs. It has been released on YouTube by Wave Music Bhojpuri.

The song is sung by Akshara and the lyrics are written by Manoj Matlabi. Ghoongharu Ji is the music director of the song which has gone viral on the internet. Akshara can be seen dressed in colourful Indian clothes and her dance moves are impressive.

On the work front, popular director Manjul Thakur has reportedly offered a film to the beautiful actress. She has many movies in her kitty such as Vishnu Shankar Belu's 'Love Marriage', for which the shoot is complete. Soon, the makers will announce the release date of this film.

Akshara will be seen sharing the screen space in 'Love Marriage' with Amrish Singh. Besides this, the actress will be seen in 'Laila Majnu' with Pradeep Pandey Chintu. The two will be reuniting on the big screens after a hiatus of 7 long years.