One of the most popular actresses of the Bhojpuri entertainment industry, Anjana Singh is ready to set the silver screen ablaze with 'Vinashak'. The film also stars Samar Singh and has mind-blowing action sequences. 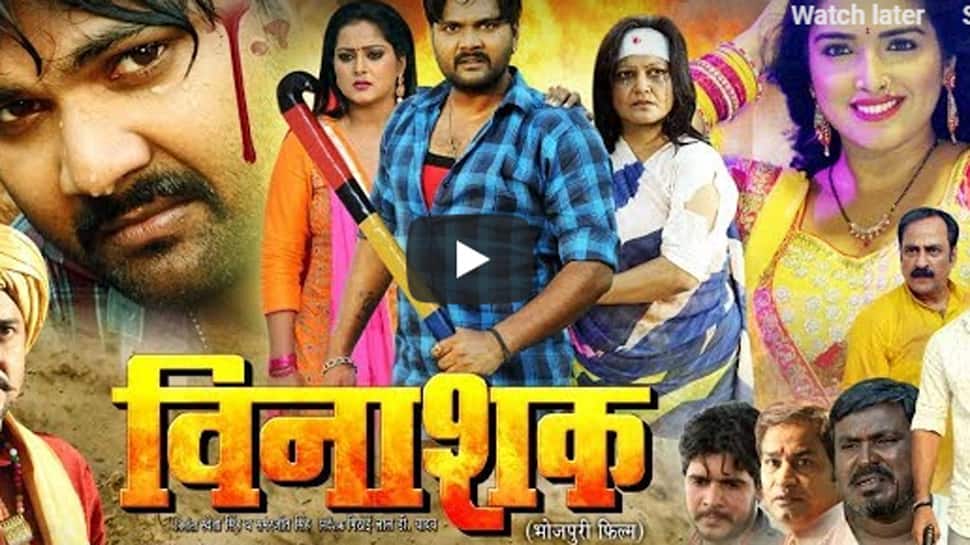 New Delhi: One of the most popular actresses of the Bhojpuri entertainment industry, Anjana Singh is ready to set the silver screen ablaze with 'Vinashak'. The film also stars Samar Singh and has mind-blowing action sequences.

Trailer of 'Vinashak' has been unveiled and we can see Anjana looking gorgeous as always.

The actress, who has a huge fan-following, took to Instagram and shared a sneak peek of the trailer of the film. She wrote, “My upcoming Film VINASHAK trailer out

Check out the full trailer here:

Apart from Vinashak, Anjana will also star in 'Shakti'. The film has been helmed by Ravi Sinha.

The Bhojpuri Hotcake also has films like 'Saiyaan Ji Dagabaaz' and 'Chor Machaye Shor' lined up for release this year.

In Saiyaan Ji Dagabaaz', she has been paired opposite Bhojpuri superstar Dinesh Lal Yadav aka Nirahua. The film is directed by Ajit Shrivastava and produced by Rajesh Radhelal under the banner of Innovative Idea Productions.

In 'Chor Machaye Shor', the actress has joined forces with another Bhojpuri actress Rani Chatterjee. The movie is helmed by Aniket Mishra. It has been made under the banner of Sai Films and is produced by Surender Prasad.