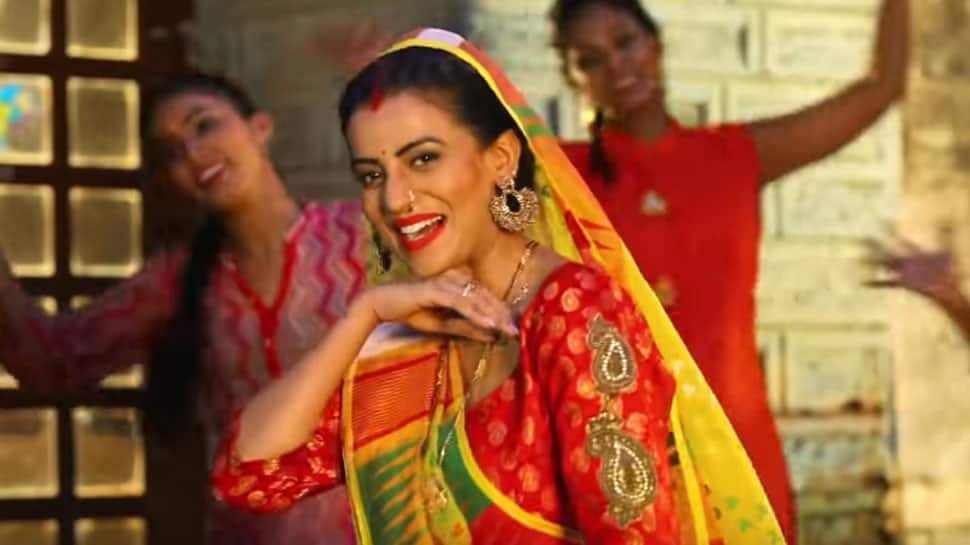 New Delhi: Top Bhojpuri actress Akshara Singh enjoys a solid fan base amongst movie buffs. The beautiful actress is also blessed with exceptional crooning skills and she keeps sharing videos of her songs on social media as well. During the holy month of Shravan or Sawan, Kanwariyas throng Lord Shiva and Mata Parvati temples and embark upon a strenuous journey.

Kanwariyas also sing and pray to the lord in their own special way. So, Akshara Singh has released many of her Kanwar songs during Sawan. She recently shared the YouTube link of her latest track titled 'Devghar Jaib Balam Ji' on Facebook.

It has already garnered 290,035 views so far on YouTube. It is a part of the album titled Har Har Bam Bam. The lyrics are penned by Manoj Matlabi and Wave Music has posted it on the video-sharing site.

They fill the pitchers with holy water from different Shiva temples they come across while travelling. The devotees also sing and dance while on their spiritual journey.

According to Drikpanchang, the significant dates in the month of Shravan 2017 in Rajasthan, Uttar Pradesh, Madhya Pradesh, Punjab, Himachal Pradesh and Bihar are as follows:

According to Drikpanchang, the significant dates in the month of Shravan 2017 in Andhra Pradesh, Goa, Maharashtra, Gujarat, Karnataka and Tamil Nadu are as follows: