The dance video, which has been posted on YouTube is almost three-month-old and has so far been viewed by over 22 lakh people. 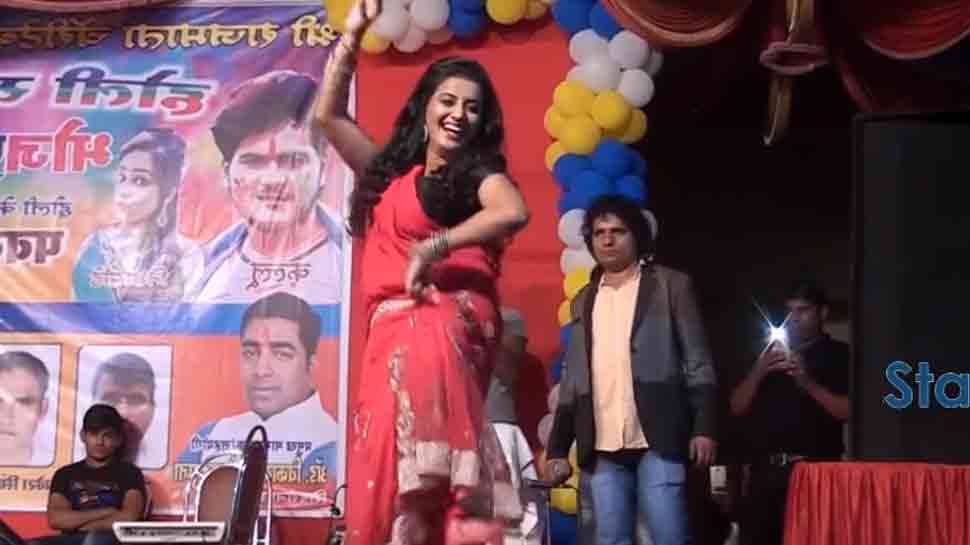 New Delhi: One of the top actresses in Bhojpuri film industry, Akshara Singh has her kitty full with some big films lined-up for release this year and music videos in which she has crooned herself.

Akshara, who is a big name in the Bhojpuri film industry is also a great singer and often shares her videos and song clips on Instagram. Besides, she is also a good dancer and has often showcased her brilliance before her fans.

We came across a three-month-old video of the actress in which she is seen giving a dance stage performance. Akshara is seen in a red saree-lehenga attire and is seen dancing before the audience with much energy and dedication.

Check out the video embedded below:

Akshara, who hails from Mumbai began her acting career by working TV serials. She is one of the most successful actresses in the Bhojpuri film industry now. She is also a very dear friend of her contemporary Amrapali Dubey. The two also featured together in a song titled Saheli Ke Holi, a fun-filled number that showcases the typical characteristics of married women.

Meanwhile, she is all set to pair opposite Khesari Lal Yadav in a film. The two were last seen together, three years ago in 'Dilwala'. The duo recently teamed up for a special song in 'Balam Ji I Love You'. Both Akshara and Khesari have a huge fan following. And we can't wait to watch them sizzle on the screen as a couple.