Monalisa has wished her bestie Puja Banerjee with an adorable post. 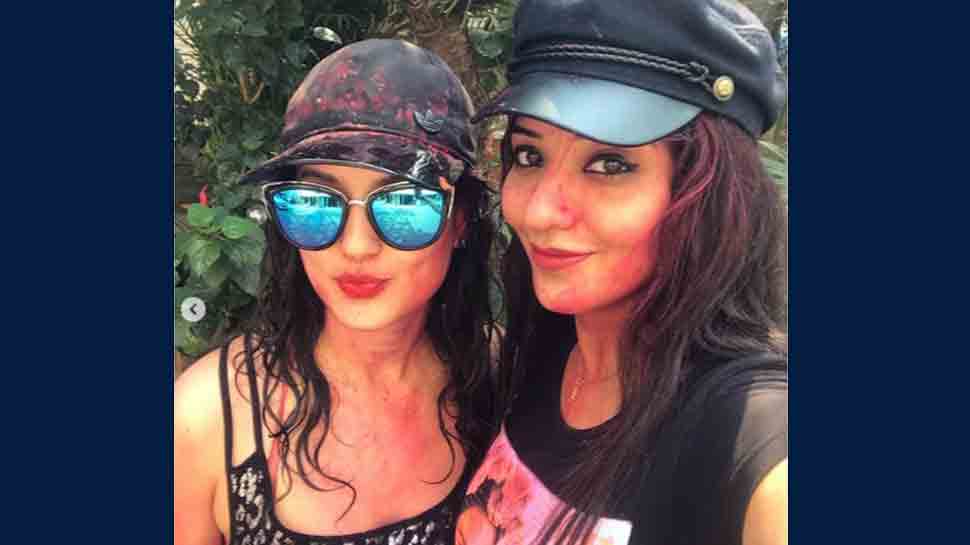 New Delhi: Bhojpuri sizzler Monalisa aka Antara Biswas is known to be a head-turner with her stunning pictures on Instagram. The actress, who currently features in daily soap horror-thriller 'Nazar', enjoys a fan following of 1.6 million followers on the app-sharing platform.

Monalisa loves to share pictures and videos with her fans on social media and keeping up with the tradition, the Bhojpuri actress posted a series of pictures on her Instagram handle to wish her pal Puja Banerjee on her birthday.

In the pictures, Monalisa and Puja are posing for some adorable clicks before the camera. She captioned the picture as, "Happy Birthday @banerjeepuja ...  #birthdaygirl #bestie #happybirthday."

Monalisa acted in several low budget films before making her debut in Bollywood with 'Blackmail' starring Ajay Devgn and Suniel Shetty. She then acted in South Indian films before coming to notice through her role in 'Tauba Tauba' opposite Amin Gazi.

Monalisa has also acted in a Kannada film titled 'Jackpot'.

In 2010, as per a report in The Hindu, Monalisa was one of the most sought-after actresses in the Bhojpuri film industry. Her last Bhojpuri film was 'Dulhan Chahi Pakistan Se 2' co-starring Pradeep Pandey 'Chintu'.