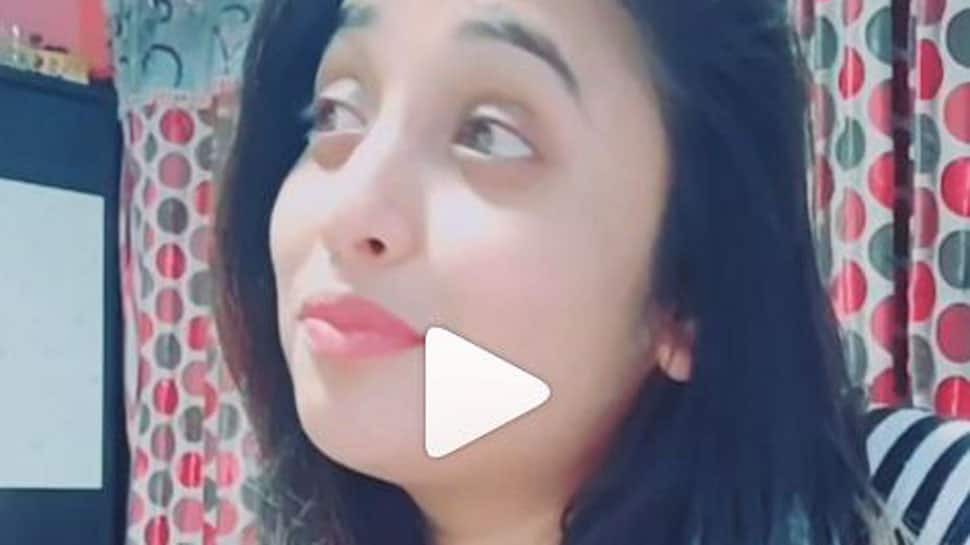 New Delhi: Bhojpuri industry's sizzling diva Rani Chatterjee has a huge fan following on social media. The actress shares videos and pictures from her personal and professional lives. Recently, Rani shared a video on Instagram which left her fans thinking whether marriage is on cards for the actress.

Rani shared a TikTok video, in which she can be lipsyncing one of Kareena Kapoor's dialogue from Jab We Met.

This left her fans wondering if the actress is going to tie the knot anytime soon. However, Rani didn't deny or confirm any news.

Rani is a popular star in the Bhojpuri industry. She forayed into the industry in 2004 and got an opportunity to star with some of the big names in the industry. Her debut film Sasura Bada Paisawala was a massive hit amongst the audience.