The song 'BP Badhal Baa' has gone viral on the internet and has so far been viewed by over 20 lakh times. 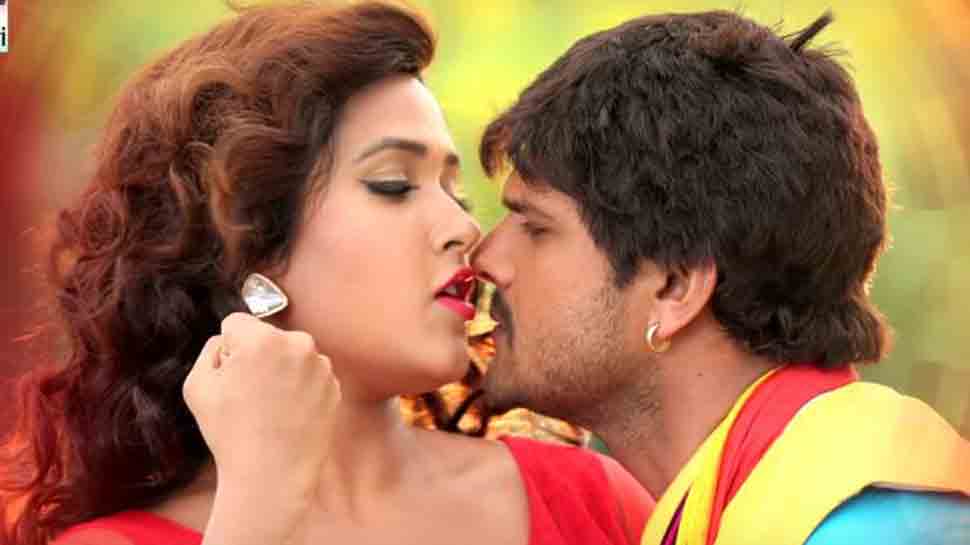 New Delhi: Bhojpuri superstar Khesari Lal Yadav's blood pressure went up and the reason was Kajal Raghwani. Here, we are talking about a recently released romantic number from his upcoming film in which Khesari and Kajal are paired opposite each other.

The duo is all set to appear together in their upcoming film titled 'Balam Ji'. The film has already created a stir among the Bhojpuri film lovers and Khesari's fans were eagerly waiting for the release of the song, which is named 'BP badhal baa'. The song was released on YouTube and has so far been viewed by over 20 lakh times.

Khesari is all gung-ho about his upcoming venture 'Balam Ji Love You'. The venture is directed by Premanshu Joshi, the one who gave Khesari his big break in the Bhojpuri film industry. In the film, Khesari will be seen in a solid fight sequence with Ashok Samarth and the makers believe that it will instantly remind fans of Bollywood's Mr Perfectionist Aamir Khan's 'Dangal'.

The official trailer of 'Balam Ji Love You' was unveiled a few days back and it left the fans highly impressed. In fact, some even compared it with Aamir's 2016 blockbuster 'Dangal' while others found an uncanny resemblance of the fight scenes with that of Salman Khan's 'Sultan'. While the director has maintained that it is purely a Khesari film.

'Balam Ji Love You' is slated to hit the screens on Dussehra.

Khesari's on-screen pairing with Kajal Raghwani is loved by the audiences. The superstar's 'Sangharsh', which released some time back received a warm response. The duo delivered another blockbuster earlier this year — 'Dulhin Ganga Par Ke'.

Sonu Sood: If any govt calls, I will go; it is my responsibility to give account of someone's hard earned money

Breaking News: Raj Kundra gets bail on surety of Rs 50,000 in pornography case