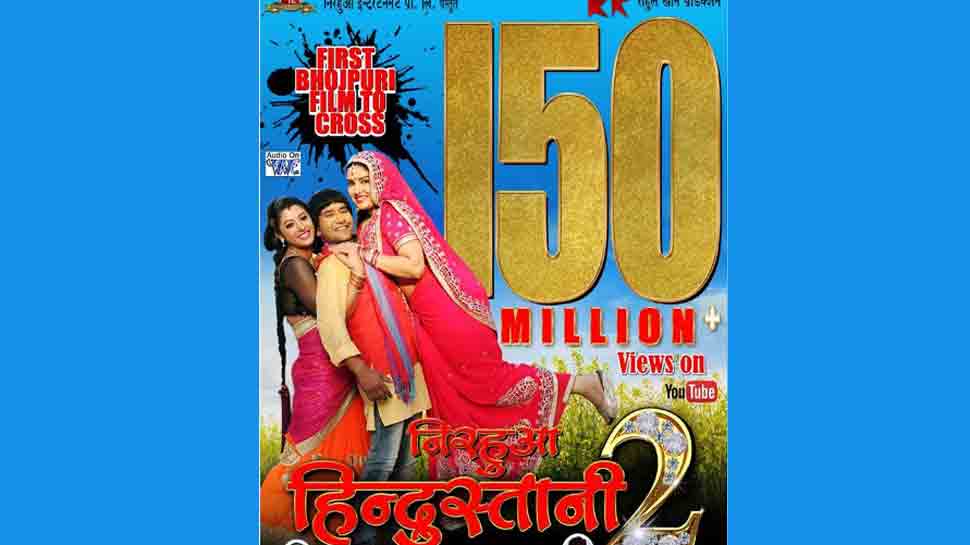 Mumbai: No wonder why Dinesh Lal Yadav is called a Jubilee star. The Bhojpuri actor, who has an ocean of fan following, has created history! His film 'Nirahua Hindustani 2' co-starring Amrapali Dubey and Sanchita Banerjee, has crossed the 150-million milestone on YouTube.

On Wednesday, Amrapali took to Instagram to thank her fans for showering love on her and appreciating her films. "can’t express my happiness. Thanks alot all you lovely people for showering so much love on #nirahuahindustani2 lots of love and respect to the whole team @dineshlalyadav @pravesh_lal @manjulthakurthakur @sanchita_banerjee23 and @raahul_khan," she wrote, along with sharing a poster of the film. 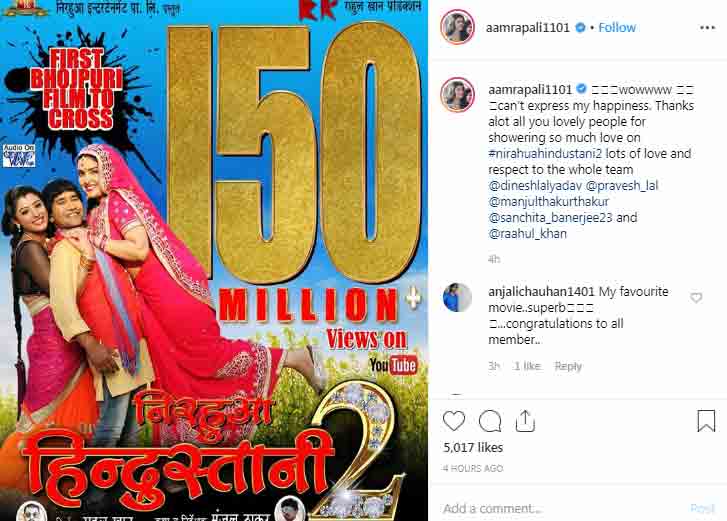 This is the first franchise in the history of Bhojpuri cinema to have a third instalment. Nirahua Hindustani 3 starring Dinesh Lal Yadav, Shubhi Sharma and Amrapali Dubey is all set to release during Chhath Pooja this year.