The actor has worked with Anjana in two films before 'Shakti' went on floors. 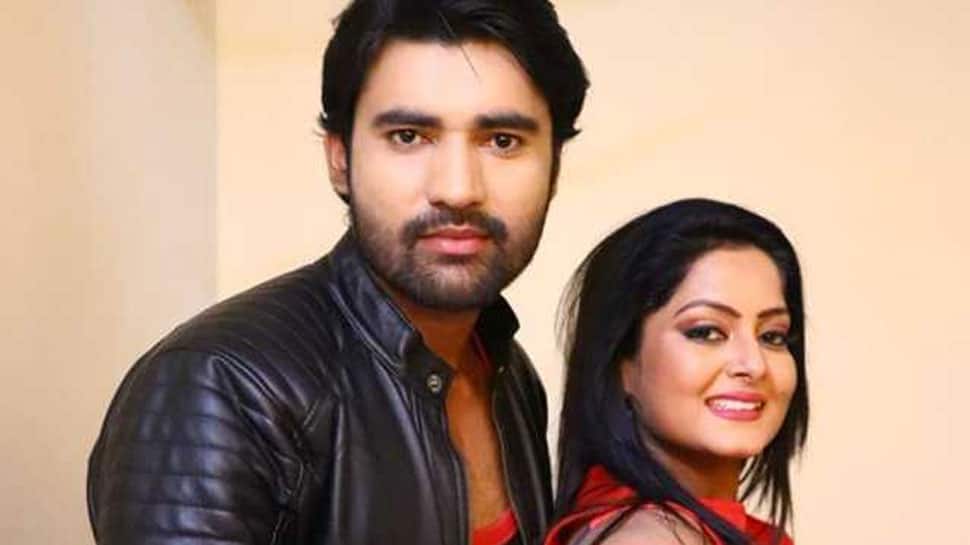 New Delhi: Newcomer actor Manmohan Mishra has got the golden opportunity of working with Bhojpuri hot cake Anjana Singh. He will be seen in director Ravi Sinha's women oriented film 'Shakti'. Besides this, he has several other movies in the pipeline.

Manmohan maintains that 'Shakti' is a different film and is a female-oriented one. He revealed that he is playing a lawyer in this Bhojpuri drama. "I am very excited about 'Shakti' as the character in the movie have me ample scope to perform. Anjana Singh plays the female lead in the movie," he said.

The actor has worked with Anjana in two films before 'Shakti' went on floors. He has worked in 'Tiger Abhi Zinda Hain' and 'Hathkadi 2' with the actress.  Talking about the actress, he said, "Anjana Singh is very supportive. She helped me throught the shoot and at times when I struggled with a scene, she helped me and guided me on how to perform."

'Tiger Abhi Zinda Hai' is set to release soon. The shooting of this actioner took place in Dubai, Mumbai and Gujarat. On the other hand, 'Hathkadi 2' and 'Shakti' has been largely shot in Bhopal and Mandideep.

Talking about his early days, the actor revealed, "I am from Madhya Pradesh's Reeva and wanted to become an actor ever since I was a child. I struggled a lot in Mumbai to get where I am today and that's how director Ravi Sinha offered me a role in 'Dushman Sarhad Paar Ke'. Although I played a small role in it but that break helped me get noticed."

"Ravi Sinha then gave me a role in 'Munna Mawali' which was a super hit. I got a lot of appreciation for my part in this movie and that's when he offered me a full-fledged role in 'Tiger Abhi Zinda Hai'."

The actor said that although these three movies are equally important for him but 'Shakti' holds a special significance for him as he got a huge platform to prove his acting talent.

Manmohan Mishra said, " Working in 'Hathkadi 2 has been very challenging for me because its first part was a superhit featuring Dinesh Lal Yadav Nirahua and Khesari Lal Yadav. Pramod Premi will be seen along with me in the movie. Anjana Singh is the leading lady in the movie."

The actor praised the director and called Ravi Sinha as his real godfather. He urged the fans to watch his movies 'Tiger Abhi Zinda Hain', 'Hathkadi 2' and 'Shakti' in cinema halls, asking them to review the movie and give honest feedback.