In the poster, we can see Khesari standing in front of a jeep, holding a huge hammer in his hand. 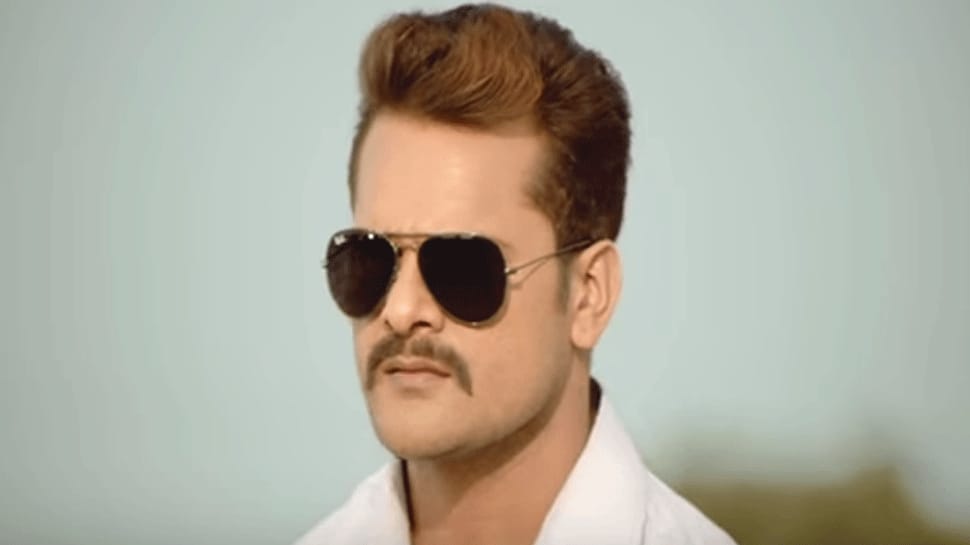 Mumbai: The first look poster and teaser for Khesari Lal Yadav's upcoming film Dabang Sarkar have been unveiled. Going by the poster for the film, it is evident that it is going to be an actioner. And the teaser is terrific enough to boost the anticipation level.

In the poster, we can see Khesari standing in front of a jeep, holding a huge hammer in his hand. We can also see stains of blood on his face and arms. Also, there are cars tossed up in the air in the background.

The teaser opens with a close-up shot of Khesari in a brand new avatar holding a hammer in his hand and beats up the goons black-and-blue.

With an intense music in the background, the mood for the actioner is set and one can expect some breathtaking action sequences.

Directed by Yogesh Raj Mishra, Dabang Sarkar will be produced by Deepak Kumar and Rahul Vohra. The film will be co-produced by Tewari. Written by Manoj Panday, the film will have music composed by Dhananjay Mishra.

Khesari has a number of films in the pipeline. He recently shook a leg with Amrapali Dubey at an event in Champaran wherein he launched the special song Marad Abhi Baccha Ba from his upcoming film Dulhin Ganga Par Ke.

He bagged the Best Actor trophy at the Bhojpuri Cine Awards 2018  for his performance Mehendi Laga Ke Rakhna. Kolkata was chosen as the venue for the event for the first time and the awards ceremony was held at the famous Netaji Indoor Stadium.