Pawan Singh's 'Lollypop Lagelu' conquers Berlin, but fans share it as a video from World Cup 2019

The viral video gained peak soon after singer Baba Sehgal shared it on his Facebook account, saying "the result of the Cricket World Cup in London." 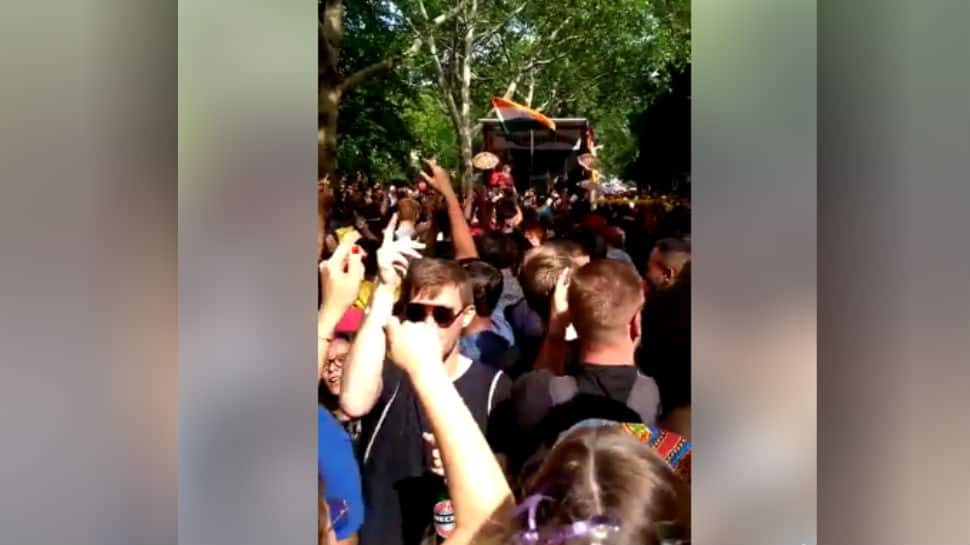 A video of people dancing to a famous Bhojpuri song 'Lollypop Lagelu', sung by Pawan Singh, recently went crazy viral on the internet after India won against Australia at The Oval, London, on Sunday. It gained peak soon after singer Baba Sehgal shared it on his Facebook account, saying "the result of the Cricket World Cup in London."

The video has been shared massively on all social media platforms and netizens are going gaga over it. Though a section of the internet believes that was taken during the World Cup match, it turns out that the video of the popular Bhojpuri song is not from London.

Here's the video in question.

If you look closely at the banner on the vehicle on which the song is being played, it reads out 'Berlin Indiawale'. And, a similar video posted by a Twitter user named Hugo di Portogallo, shows that the video must have been taken at Karneval der Kulturen, a street festival in Berlin. However, the videos posted by him does not have the one in which people are dancing to 'Lollipop Lagelu'.

Take a look at the videos posted by him.

The street festival in Berlin happened between June 7 to June 10.