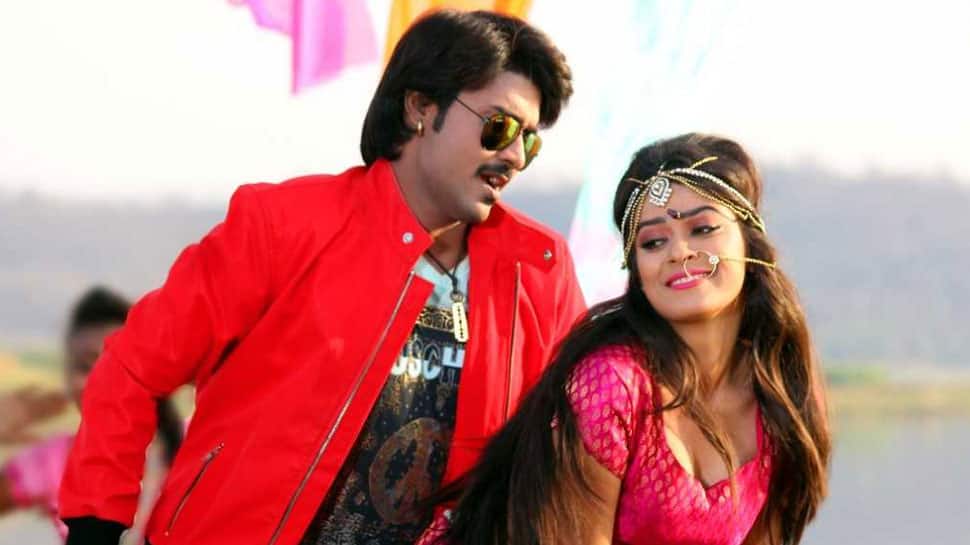 New Delhi: One of the most promising Bhojpuri actors, Pradeep Pandey Chintu's upcoming film 'Mandir Wahi Banayenge' release date has been unveiled and it is set to hit the screens on February 8, 2019.

The action political drama will see Pradeep play the titular role. He will be seen unmasking those who deliberately politicise the temple issue.

The film has been directed by Praveen Kumar Guduri and produced by Chandan Bhansali and Mahesh Upadhyay. Nidhi Jha stars opposite Chintu in the actioner. Sushil Singh, Samarth Chaturvedi and others feature in supporting roles.

The actor said that the film is not at all controversial and it is an out-and-out commercial venture. Pradeep maintained that there are heavy-duty dialogues in the movie which will be remembered by the audiences and they will like my character on-screen.

Madhukar Anand and Chhote Baba are the music directors while lyrics have been penned by Pyare Lal Yadav, Shyam Dehati and Pawan Pandey. Indrajeet S Kumar has written the story of the film while Mahesh Venkat is the DOP. Hira Lal Yadav is the action director of the film. Kanu Mukharjee, Pappu Khanna and Ram Dewan have done the choreography.