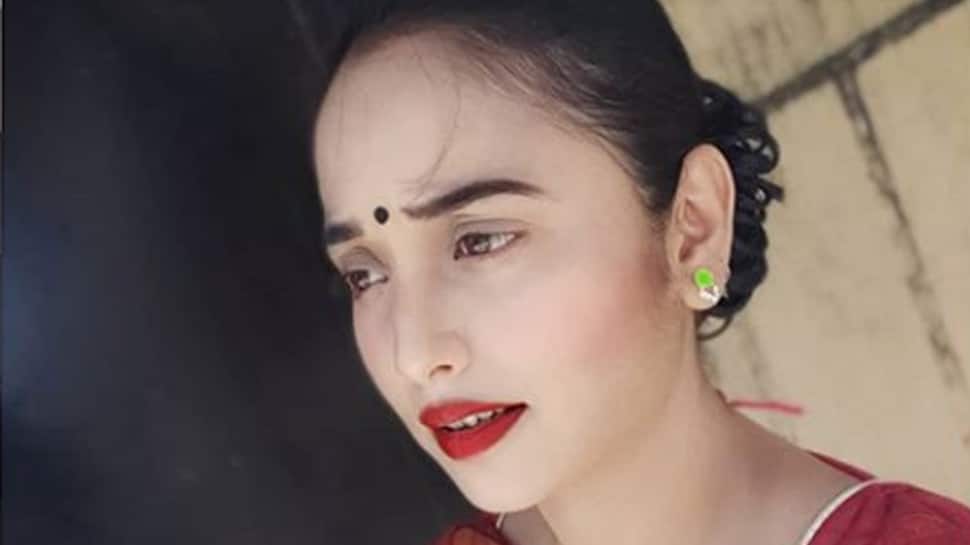 New Delhi: Rani Chatterjee is one of the most sought after actresses of the Bhojpuri film industry. She is an internet sensation and her pics and videos often go viral on social media app Instagram. Rani has over 315k followers on the photo-sharing app and knows how to keep her fans engaged.

On Friday, Rani took to Instagram and shared a brand new pic in which she can be seen wearing a red saree. She completes her look with earrings, bindi and a bright red lipstick.

A post shared by Rani Chatterjee Official (@ranichatterjeeofficial) on Apr 12, 2019 at 2:17am PDT

The actress is shooting for her upcoming film 'Panchali'. A few days ago, the actress took to Instagram and shared a pic from sets, flaunting her colourful backless choli with purple knots.

She made her debut in Bhojpuri films in the year 2004 and has worked with almost all popular stars from Bhojpuri cinema.

Her performance in 'Sasura Bada Paisawala' opposite superstar turned politician Manoj Tiwari won her many accolades. Ever since then, there has been no looking back for the actress.

Also, she bagged the 'Best Actress of the year' award at the 6th Bhojpuri Awards 2013 for her performance in Nagin.