Rani made her foray into Bhojpuri film industry in 2004 with 'Sasura Bada Paisawala'. 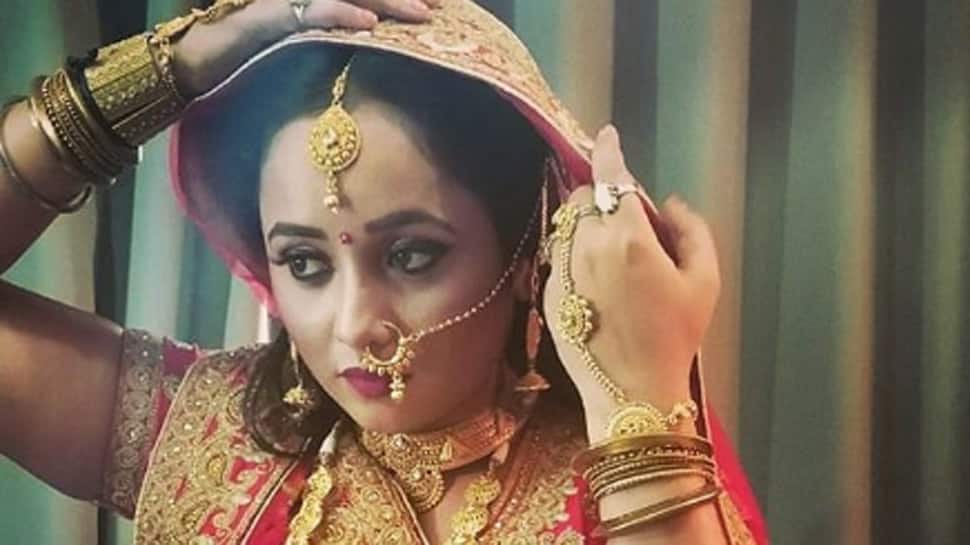 New Delhi: One of the top and most sought-after Bhojpuri actresses Rani Chatterjee is known for her hit films and peppy dance numbers. She has an active social media presence as she regularly updates her Instagram handle with pictures and videos.

Rani recently posted a picture of her wearing a blue saree with contrast black blouse. Looks like, it is probably taken from a film shoot as she dressed like a newlywed bride. The actress stuns in her desi look, we must say!

A post shared by Rani Chatterjee Official (@ranichatterjeeofficial) on Jan 24, 2019 at 11:10pm PST