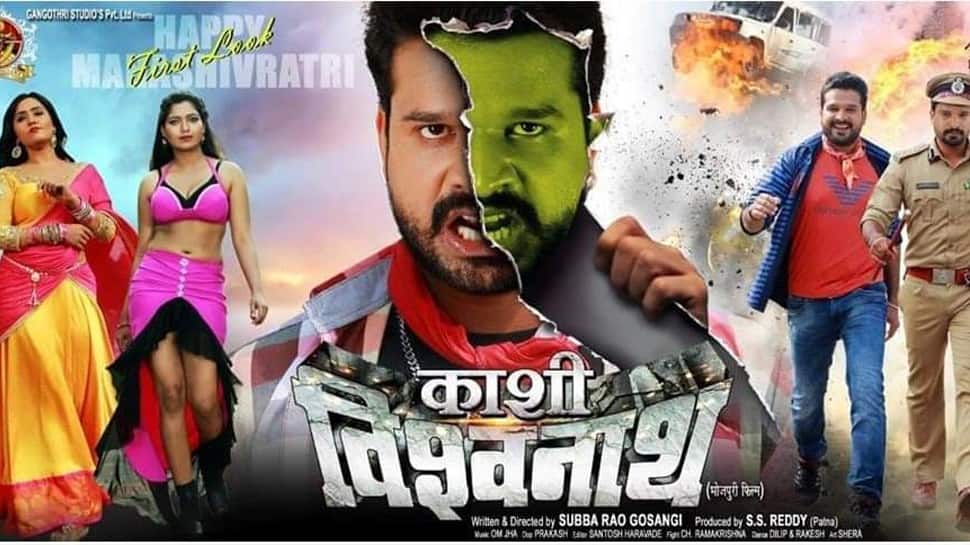 Trailer of Kashi Vishwanath, that is made under the banner of Gangotri Studios private limited, was unveiled yesterday and took the internet by storm. The film has been directed by Subba Rao Gosangi and produced by Sarveshvar Reddy.

As soon as the trailer was unveiled, it created ripples on social media and crossed 1 million views within 18 hours.

If you haven't seen it yet, check it out here:

The film stars Ritesh Pandey and Kajal Raghwani in lead roles and the actor has performed some mind-blowing action sequences. From the trailer, it is clear that Ritesh will be essaying a double role with the name of one of his characters being Kashi and other being Vishwanath.

The film marks Sarika Thosar's debut in the Bhojpuri entertainment industry. All the actors of the film are elated with the response from the trailer.

Filmmaker Subba Rao Gosangi is quite confident and says that this is just the beginning and that a lot more is to come. The director also congratulated the entire team and said that the film will be a hit just like his previous film 'Suno Sasurji'.